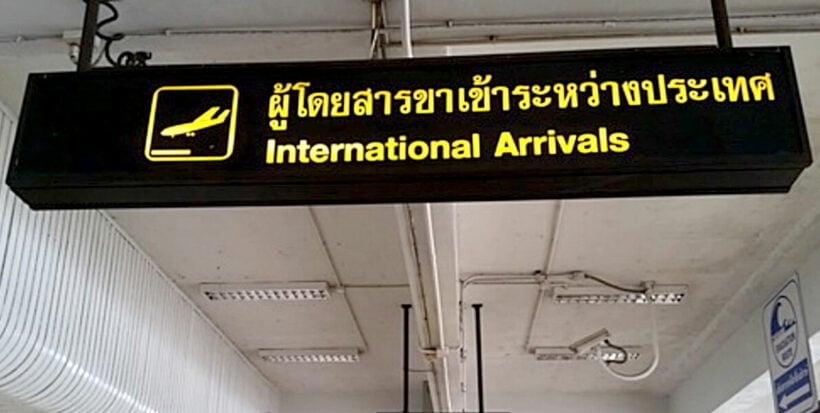 A government spokesman says out of 29,194 foreigners who applied for a Thailand Pass on Tuesday, over 23,000 were registering for the Test & Go entry scheme. Thanakorn Wangboonkongchana says 23,660 registered for Test & Go on day 1 of its return. According to a Bangkok Post report, Thanakorn is optimistic that this number will increase.

Test & Go was suspended in late December due to the government’s concerns about the rapidly-spreading Omicron variant. The scheme is now back, with stricter measures attached. All overseas arrivals must take a PCR test on day 1 and day 5 of their stay and book a room in a SHA Plus hotel for both days, where they must remain until they get a negative test result.

Despite criticism of the increased measures from both tourism operators and would-be visitors, Public Health Minister Anutin Charnvirakul believes Thailand is doing a great job at controlling Covid-19.

“I met several foreigners who came to do business in Thailand and they said the travel measures are very strict. Many foreigners have praised our health safety measures.”

According to the Bangkok Post report, when asked if nightlife venues could re-open soon, Anutin said such establishments are currently allowed to operate as restaurants and keep their businesses going that way. Ever wary of alcohol, the minister adopted his usual cautious stance, saying nightlife needs to be tightly controlled.

“Almost all clusters of infections started from alcohol consumption, and strict controls must remain in place.”

Meanwhile, the Food and Drug Administration meets tomorrow to decide on approving the use of the Sinovac Covid-19 vaccine in children between the ages of 3 and 17. The FDA has previously approved use of the Pfizer mRNA vaccine in children aged 5 – 11. Anutin says children with underlying health conditions will be prioritised for inoculation.

JJJ
“Almost all clusters of infections started from alcohol consumption, and strict controls must remain in place.” What nonsense. Do we not recall the peak infections occurred in August when everything had been closed for months? What about the construction sites,…
Grumpish
"I met several foreigners who came to do business in Thailand and they said the travel measures are very strict. Many foreigners have praised our health safety measures.” Did he actually manage to say that with a straight face? yasar
With this method you do, the tourist's arrival is only in a dream. Tourists come to rest. What you have done is tortur
HiuMak
way to go Thailand