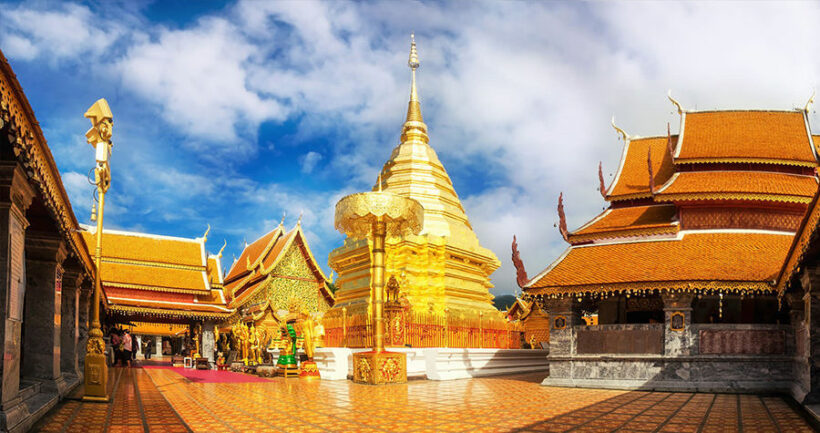 After months of tight restrictions on travel, the recent long weekend provided us all with a chance to get out and explore Thailand. And it appears we did just that, with 1.42 million residents travelling over the course of the extended weekend. Temples, national parks, and beaches around the country all welcomed crowds of domestic tourists, both Thai and foreigners.

Although the 1.42 million is lower than the 2 million travellers usually seen on long weekends, beaches at popular destinations such as Hua Hin, Cha-am, Pattaya and Bang Saen, all reported large crowds. Other tourist attractions, including Khao Yai National Park, Khao Kho and Doi Suthep in Chiang Mai, also proved popular.

Yuthasak Supasorn, governor of the Tourism Authority of Thailand, says that in addition to those travelling for holiday purposes, many used the break to return home and see relatives they would normally have seen during the Songkran period, which was postponed in April. He adds that many places were so busy it made social distancing difficult. However, he says all visitors adhered to safety measures such as mask-wearing and the use of hand sanitiser.

Coconuts reports that the University of the Thai Chamber of Commerce says around 5.3 billion baht was spent over the 4 days, down by 21% for the same time last year. It predicts that around 20 million Thais will travel in the last quarter of this year. A government stimulus package for Thai people opens for registration next Wednesday in a further effort to boost domestic tourism.