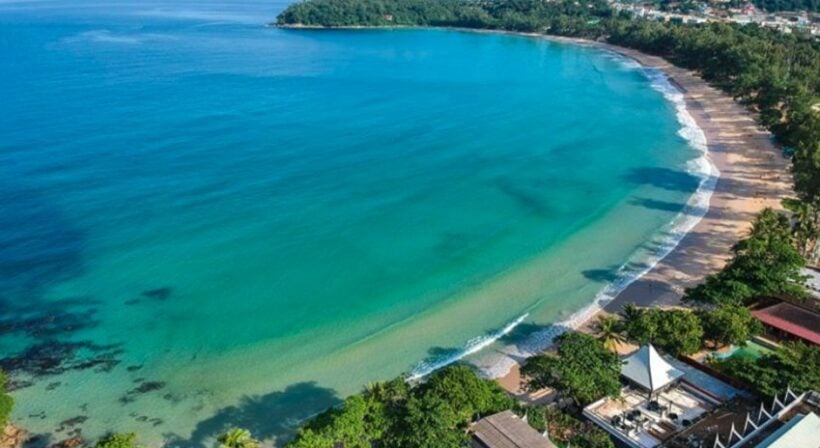 OPINION by Bill Barnett from c9hotelworks.com

Thailand’s tourism industry is sadly at the short end of the stick as policies gyrate over the reopening of the country to international travellers, yet no single province has more to lose than the resort island of Phuket. Phuket’s economic engine is leveraged on tourism. It’s a place where on a combined basis, one in every two residents comes into the tourism equation at some point in their daily work lives.

Let’s roll back the clock a few months to a time of cautious optimism when the Tourism Authority of Thailand touted the ‘Phuket Model’ and creation of the STV (Special Tourist Visa) program. Tailor-made for long-stay visitors and promoted as a unique vehicle to restart the country’s overseas travel market in a well-suited resort environment. The truth is the initiative has somehow become another dead-on-arrival victim in an uncertain and ever-changing series of policy flip-flops.

Late last week the Tourism Authority of Thailand announced that all overseas arrivals to Thailand must stay in ASQ facilities in Bangkok. This news came as a stunning rebuke to provincial hotels including many in Phuket that had spent extensive time, expense, and business planning to apply for ALSQ (alternative local state quarantine) status only to have the rug pulled out in once again another policy about-face.

In retrospect, despite the many shortcomings of the doomed “Phuket Model”, it commercially spoke to a strong historically-proven winter ‘snowbird’ market of long-stay international visitors. Coming from Northern Europe and Russia, these seasonal legacy markets are not sensitive to a fourteen-day quarantine given their typical stay is measured in weeks and months, not in days, unlike short-haul regional travellers.

As we now sit in November the reality is the indecision has now squandered the immense opportunity of at least creating a working model or prototype for returning overseas tourism to the Kingdom. From a market perspective, the hard yards were already done in that demand was there the minute temperatures dropped in the Northern Hemisphere.

Instead, and illogically in my opinion the push back to Bangkok, which may only really be suited for business travelers makes little sense to tourists who face the prospects of two weeks in an urban box. What is more non-sensical is the idea of actually promoting larger-scale Bangkok tourism at a time when the Instagram or social media images visitors post on social media are punctuated by disruptive demonstrations.

So how did Bangkok win the restart of the tourism stakes? The issue comes down to who will fight for Phuket? Both Bangkok and Pattaya City are the only two specific Special Local Government Administration areas in Thailand. Phuket, despite being a leading tourism economy, has a provincial government led by a turnstile governor post that is rotated on a regular, often erratic basis. The resort island has no long-term tourism master plan, lacks consistent economic policy, and at the end of the day, the lack of continuity is seen everywhere across the island.

What is vital to understand here is the dire consequences facing the island’s hotel and tourism sector as a result of the sinking of the “Phuket Model.” Quarterly, the first three months of every year is a primary contributor to tourism revenue, and only now is businesses are starting to come to terms that there will be no high-season relief this year. Domestic travel demand across the board is sub ten percent of hotel demand and the industry cannot maintain break-even cash flows without more demand.

While some five-star hotels, especially those going hard on Instagram, have been able to attract recurring domestic business, the domino impact of luxury and upscale hotels offering midscale pricing has crushed demand in three and four-star hotels. It’s a false economy and while it’s everyone for themselves, the sector cannot survive a sustained downturn on domestic-only business. Something has to give, and that crisis is evident everywhere you look.

Despite the Thai consumer class travelling in packs throughout the country and cherry-picking cheap deals, the economic tragedy hits home on low—income earners, who live out of sight of the tourist areas and who’s rice bowls are, and continue to remain empty in the wake of an uncertain future.

There remains optimistic chatter about a return of tourism in the second or third quarter of 2021, but in reality, no one knows the answer to that.  For Phuket, that traditionally experiences highs and lows in seasonal tourism trading the harsh view is that a wider reopening will now be pushed into the first quarter of 2022. With that, next year is essentially a gap year, one that has severe negative economic prospects ahead for hotel owners, and tourism businesses.

So, what’s the way forward you might ask?  Thailand has to come to grips that it must learn to live in a Covid-19 environment and cannot risk total isolation. Even with a vaccine possibly coming, the impact will only come over a longer period. Tourism has to co-exist with Covid, there is no way around it.

As for the island, a “Phuket Model or Phuket Visa” remains a logical proposition and should not be thrown out the window. Advocacy for Phuket to become a Special Local Government Administration needs to find its way onto the national agenda. And to answer the question of who will fight for Phuket, the answer is every single tourism stakeholder, hotel, or business on the island. Stay strong Phuket and #fight4Phuket. It’s the only way and there is indeed strength in numbers.

PM in 2 day visit to economically-ravaged islands of Phuket, Samui

When hoteliers emerge from 2020, the business will be hard