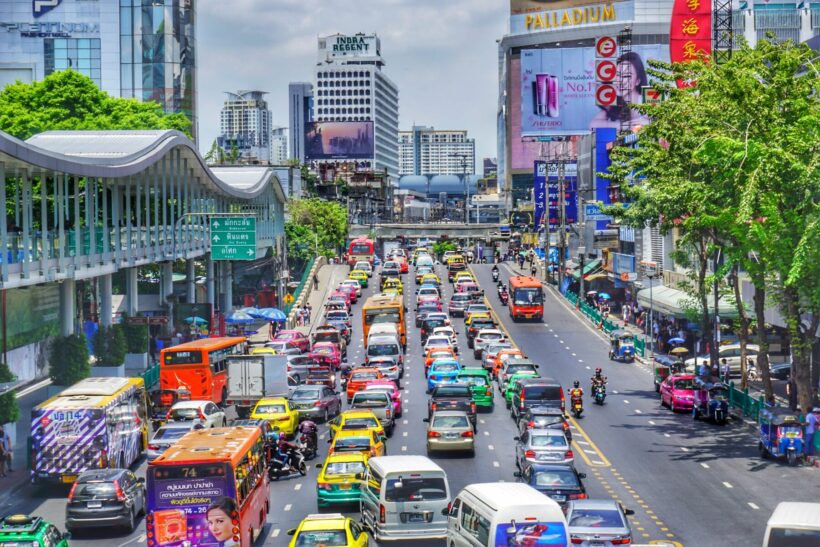 On Monday — the first day of the “Seven Deadly Days of the Songkran” — there were 237 vehicle accidents, killing 26 people and injuring 238 others. Speeding is the biggest problem so far.

Thailand’s road-safety campaign spans the week of the Thai New Year, from April 11 to 17, during which vehicle accidents are notoriously common. The government has reportedly deployed some 56,000 officers to around 2,000 road safety checkpoints throughout the country for Songkran holiday.

As grim as the figures may be, the number of deaths and injuries on Day 1 has actually decreased by nearly 40%, compared to the average statistics for the start of Songkran week from the past the years. That’s according to the director-general of the Department of Disaster Prevention and Mitigation, Boontham Lertsukheekasem. He reported that speeding was the most common cause of accidents, accounting for around 30%, followed by drink driving with around 20%.

More than 80% of vehicle accidents so far have occurred on normal roads, including 50% on highways. In the southern province of Nakhon Si Thammarat, 12 accidents and 14 deaths were reported, while the central province of Suphan Buri reported 3 deaths.

On Monday, officers stopped about 350,800 cars were stopped for safety checks, with 64,400 drivers facing charges. Of those, 18,300 people were arrested for driving without a license, while 17,800 motorcyclists were caught driving without helmets, according to data from the Department of Disaster Prevention and Mitigation and other agencies.

AdvocatusDiaboli
1 hour ago, JED1 said: I wonder where the the remaining 25% took place On the TAT calculator ….. as we know it’s the most accurate one in the world. 😉