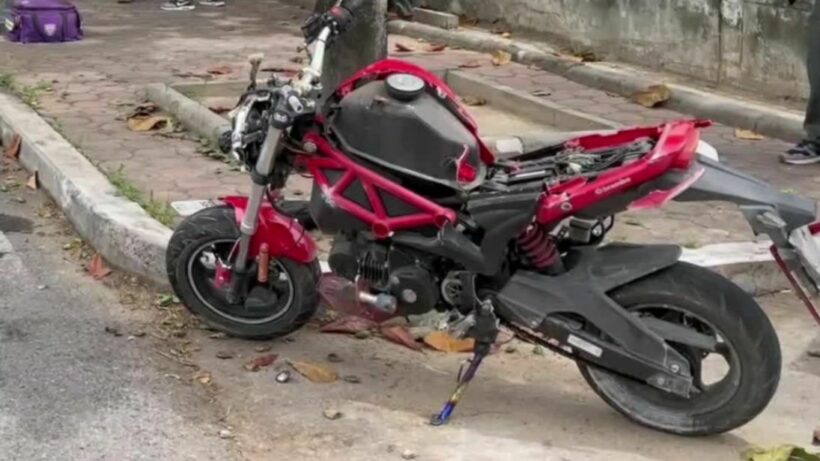 A 22 year old Frenchman died in a motorbike accident this morning in Samut Prakan province in central Thailand. The man lost control of his motorbike while driving over a bridge and fell off onto a footpath, breaking his neck in the fall.

At 10:30am this morning, police at Bang Bo Police Station received a report that a man had died in a road accident near the entrance to Assumption University campus in Bang Bo district in Samut Prakan.

The man has been identified as 22 year old of French nationality. Thai media reported that his surname is Lefrere.

Police said the deceased suffered a broken neck and a badly broken left leg. A scuffed GPX motorbike was found near his body.

Multiple security guards witnessed the incident and told police that they saw Mr Lefrere riding a motorbike out of Assumption University at a high speed before losing control and coming off the bridge.

The man’s body has been taken to Ramathibodi Hospital for an autopsy to be carried out. The French Embassy has informed his relatives of his death.