Pro-democracy activist Parit Chiwarak, aka “Penguin”, has been re-arrested and imprisoned ahead of an important rally tomorrow. The Bangkok Post reports that Parit was detained on his arrival at Royal Thai Police headquarters yesterday following a summons issued on August 2. Parit faces charges related to graffiti that appeared outside a police office in the central province of Pathum Thani. It’s understood the activist had appeared at the station to demand the release of fellow activists.

On Parit’s arrival at RTP headquarters yesterday, he was presented with an arrest warrant. Police also arrested 14 other activists, who face charges related to the violence at Saturday’s anti-government protest in Bangkok. The Bangkok Post reports that an arrest warrant was also issued for Natchanon Pairoj from the Ratsadon pro-democracy group.

According to the Metropolitan Police Bureau, 4 of the 14 suspects arrested have been charged with arson and causing injury to police officers. Piya Tawichai from the MPB says 3 officers were injured during a clash at the Din Daeng intersection in the capital on Saturday, with 1 officer still in intensive care after he was allegedly shot in the back of his neck.

Police investigator Barami Wong-inta says activists also set fire to a police truck on Saturday and damaged a police booth. The Bangkok Post reports that the Free Youth protest group posted about the truck fire on Instagram the same day.

“The people have fought back burning up a police car!”

However, following criticism of the action, the post was later edited.

“It remains unknown who burned it.”

Meanwhile, Parit has urged supporters to join tomorrow’s rally at Bangkok’s Ratchaprasong intersection and to continue the protest action in his absence.

AlexPTY
He can use some jail diet. All this pro-democracy movement in Thailand is really pathetic 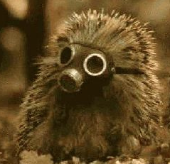 NumbNut
24 minutes ago, AlexPTY said: He can use some jail diet. All this pro-democracy movement in Thailand is really pathetic Pro democracy pathetic? Maybe you'd be happier in Cuba then

AlexPTY
2 minutes ago, NumbNut said: Pro democracy pathetic? Maybe you'd be happier in Cuba then i lived there, was awesome, still love it here under a junta rule. i like to be told what to do

shanghailoz
I can hear the noisy buggers from my hotel in Asok. Been hooting for an hour at least now.
Stonker
22 hours ago, Poolie said: The Dalai Lama mixed freely with the Nazis during the 40's. I dont think the Chinese hold that against him, after all it wasn't their fight. It does however bring in to question your assertion…

Belarus: Women as the drivers of protest