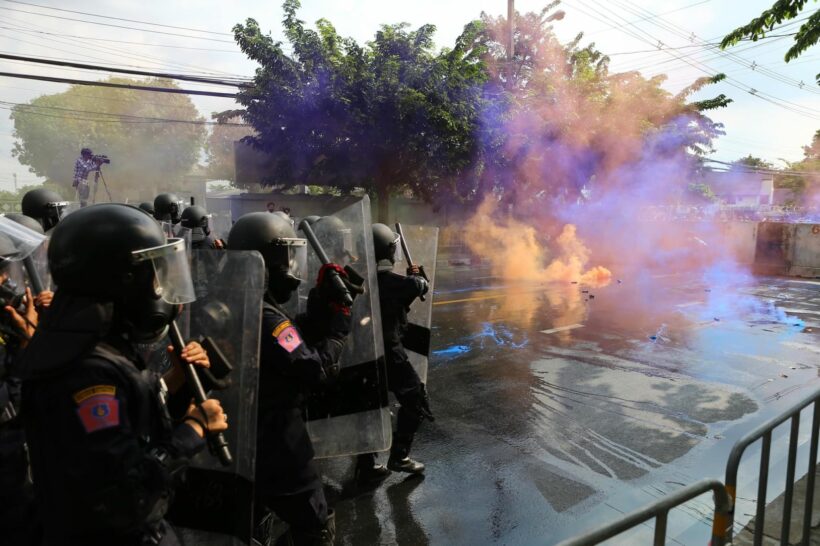 Police in Bangkok have admitted they had insufficient manpower to handle clashes that erupted at protests on Tuesday. Anti-government activists clashed with pro-establishment groups at the Kiakkai intersection in the capital, leading to at least 55 people being injured, including 6 who were shot, according to medical officials at the Erawan Medical Centre who attended to the wounded.

The police have come in for heavy criticism for their failure to prevent violence breaking out, despite having several water cannons at their disposal. Some members of the public and media have also slammed officers for deserting the scene when violence erupted between rival factions.

Piya Tawichai from the Metropolitan Police Bureau insists his officers did what they could, but were outnumbered.

“Officers finally retreated as their operations came under increasing pressure.”

Meanwhile, Yingyot Thepjamnong from the Royal Thai Police denies officers broke international law by using tear gas. He too has admitted there were not enough officers present at the Kiakkai intersection, saying many had been deployed to areas around the Parliament building.

He adds that police have yet to receive a number of bullet shells found at the scene, which could serve as potential evidence. Police have denied using live ammunition or rubber bullets against protesters despite evidence of police carrying weapons that could fire both. One pro-royalist protester has been arrested for carrying a gun at the protest.