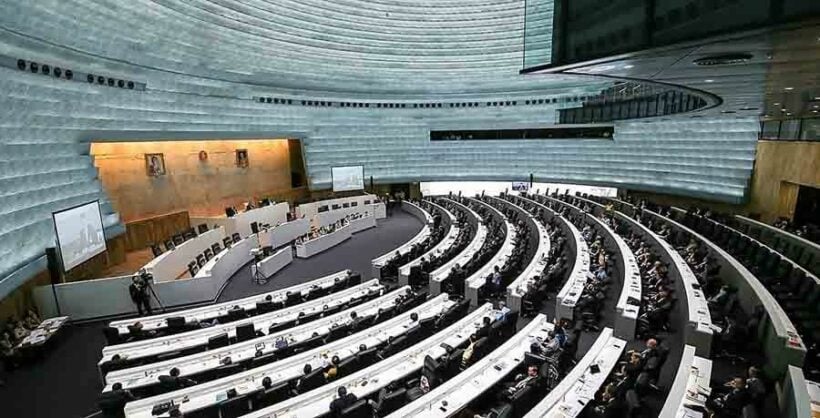 A report prepared by the House Committee on laws, justice and human rights, and focusing on 9 recommendations, is set to be debated today, according to an unnamed source in the House of Representatives. According to the Bangkok Post, the report lays the groundwork for possible constitutional reform, recommending the creation of a “people’s constitution.”

The report says the current version creates division, as it was prepared in line with the powers of the National Council for Peace and Order, who orchestrated the 2014 military coup. The current administration has since inherited it, causing a conflict. The recommendation is for an immediate amendment, saying the PM must indicate when changes will be made and how long that process is expected to take. The report emphasises that there must be no unnecessary delay, adding that the longer changes are delayed, the worse the political conflicts will be. It also says citizens from all walks of life should be involved.

The agreed changes should be left to a specially appointed constitution drafting body that represents Thai citizens. Once implemented, the report says the House must be dissolved and elections called under the new constitution.

Experts say the proposals laid out in the report are the same as what opposition politicians have been calling for. The Pheu Thai Party says that while it has its own proposed amendments, it’s willing to consult with other opposition parties to assess the possibility of combining all suggestions into one version. The PM has already said the government is willing to act on calls for constitutional reform and is working on its own redrafting.

Meanwhile, the report also recommends an amnesty for those charged with politically-motivated crimes. This would include criminal cases involving political activists taking part in protests who may have committed criminal acts against other individuals. Should the acts have been carried out for political reasons, an amnesty for those convicted may be justified. However, the report made clear that such an amnesty would not apply in the case of corruption charges or charges under Thailand’s lese majeste law.