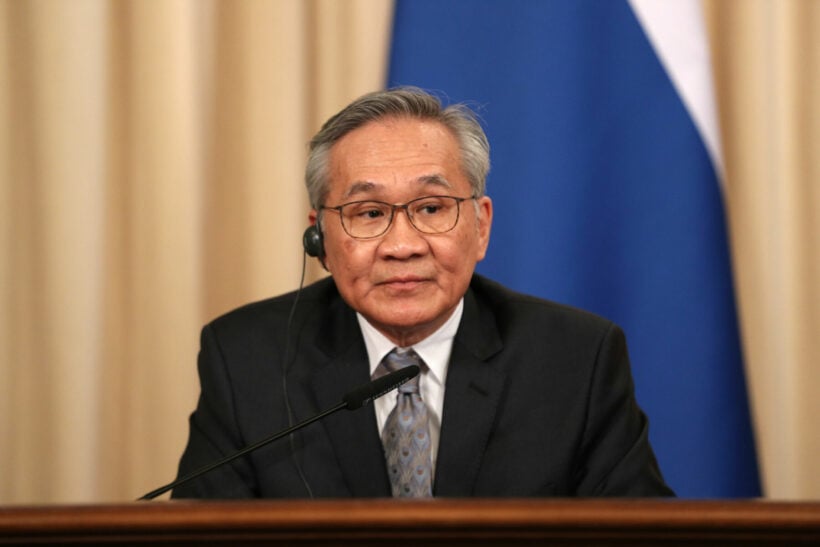 PHOTO: Foreign Minister Don Pramudwinai will attend the ASEAN summit on Myanmar in place of the PM.

PM Prayut Chan-o-cha announced that he won’t attend the ASEAN summit regarding Myanmar, but will send Foreign Minister Don Pramudwinai in his place. The summit, to be held in Jakarta this Saturday will address the increasingly dangerous situation in Myanmar where fear is growing that the ongoing protests against the February 1 coup could descend into civil war.

The meeting will be the first of national leaders, minus PM Prayut, as previous discussion of Myanmar has been between foreign ministers. Myanmar army leader Gen Min Aung Hlaing will attend the Myanmar summit, and the shadow government ousted by the coup has requested representation at the meetings as well.

Indonesia, stepping into a peacekeeping middleman role Thailand had played in the past, has been pushing to quell the growing crisis.

This time Thailand may be caught in the middle, with the Western world reevaluating its perception of the country. China and Russia’s tacit, if not financial, support of Myanmar’s junta, and Thailand’s hesitation in condemning the Burmese coup, shines a spotlight on Thailand’s own close relationship to China.

The lack of concrete condemnation of the Burmese junta, and possibly PM Prayut’s decision to skip the Myanmar summit, is also a reminder that the current Thai government also came into power in a coup 7 years ago. And the last year of young protests in Thailand calling for the repeal of lese majeste laws and a replacement of the current government further a realignment of the country’s perceived position on the scale of democratic freedom and authoritarianism.

Thailand is also closely connected to Myanmar not just by the geographic border, but also through 7 to 8 billion baht invested into the country. Behind only China first and Singapore second, Thailand is fearful of a complete collapse on their investments with trade shackled by civil unrest.

Exports fell 13% last year due to Covid-19, and are down another 15% in the first few months of this year and expected to fall even further. Thai business owners from manufacturing to massage shops are shuttering with staff refusing to work in the civil disarray while banking and trade have been throttled as well. Owners are calling for the Finance Ministry to restart trade assistance previously used from 2010 to 2015 before Burmese democracy.

On top of all these issues, sanctions from western nations may further cripple the Burmese economy. With Thailand’s close connections to Myanmar, and the spotlight on the situation growing globally, Foreign Minister Don will face pressure to navigate the delicate situation at Saturday’s Myanmar summit in Jakarta.