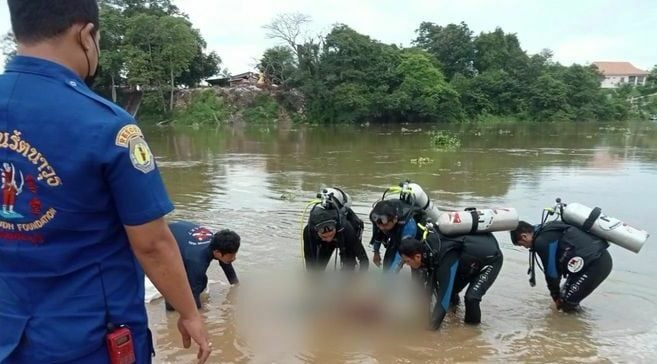 A 19 year old man drowned after he jumped into a river to rescue his puppy yesterday. The victim identified as “Aphisit” and his co-worker drove to the Mae Klong River in the western province of Kanchanaburi to fetch some water for their construction work. His puppy fell in the river, but he didn’t notice until it had been swiped far from the shore. Aphisit jumped in and was able to carry his dog to shore, but Aphisit was swept away by the strong current and drowned.

His co-worker identified “Wissanu” as told officers that he threw a hose in an attempt to save him, but Aphisit was unable to hold on to the hose and drowned. Wissanu searched the area for assistance but was unable any so he called the authorities. Rescue divers responded to the scene. Aphisit’s body was taken to a local hospital where medical examiners will perform an autopsy.

Buster
I bet the puppy survived!