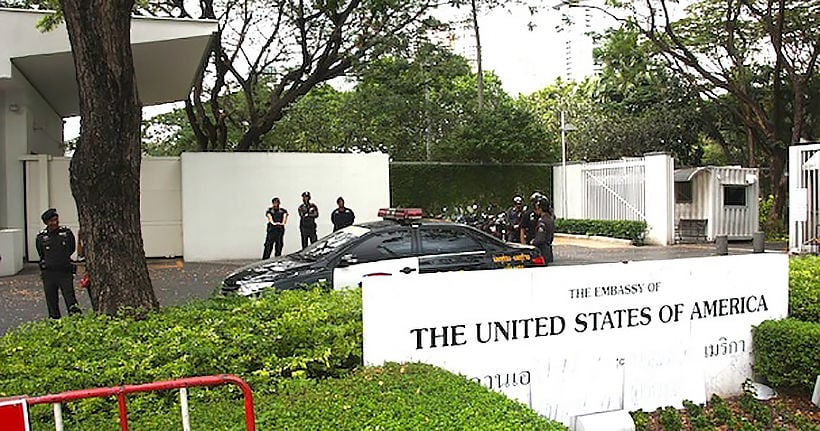 A number of embassies in Bangkok are saying that they won’t issue any further visa extension letters for their citizens when Thailand’s visa amnesty expires on July 31. An announcement published last week by the US embassy said American citizens residing in Thailand will have to decide whether to stay or leave, as it will no longer provide extension of stay requests for its citizens. The letter is mandatory for most foreigners who wish to extend their stay for another 30 days.

“US citizens have between now and July 31, 2020, to either return to the US or their country of permanent residence or to obtain the appropriate visa type for a long-term stay in Thailand. The US embassy is unable to give advice on individual visa issues. Please refer specific visa questions directly to immigration. “

The British Embassy in Bangkok also said on its website that requests for visa extension letters will not be possible.

“We have just checked with the immigration office in Chiang Mai and were told that foreigners who wish to stay longer in Thailand and apply for an extension (as usual) of their 30 days visa or tourist visa by end of this month will only be granted another 7 days allowance of stay with a stamp on their passports and then they have to leave the country. No further extension will be allowed and the letter from Embassy or Consulate will neither be considered for a further extension request.”

The amnesty, approved by the government in April, allowed foreigners, whose temporary visas expired between March 26 to July 31, to remain in the country without the need of applying for an extension at immigration offices.

A Thai Immigration spokesman reiterated yesterday that another round of amnesty extension is “unlikely.” He recommended foreigners whose respective embassies refuse to issue the required papers leave the country before July 31 to avoid being fined or arrested.

Under Thai Immigration rules, foreign tourists and travellers who found themselves stranded in Thailand without relevant visas earlier this year due to the coronavirus pandemic, need the letters if they wish to extend their stay in the Kingdom after the amnesty expires.

“Thailand has shown enough leniency for foreigners. It’s been nearly 4 months already. If you have a letter, you’re good to stay, but if you can’t get one, then there’s not much we can do.”

The spokesman from the US Embassy declined to comment on the motive behind the embassies’ decision to stop providing extension letters.

“It’s up to them and Thailand has nothing to do with it. If a foreign embassy refuses to provide the service to its citizens, no one else can. We have done our best to help foreigners. “

Overstay fines and the 90 day reporting requirements will resume after July 31 should the government decide not to extend the amnesty. 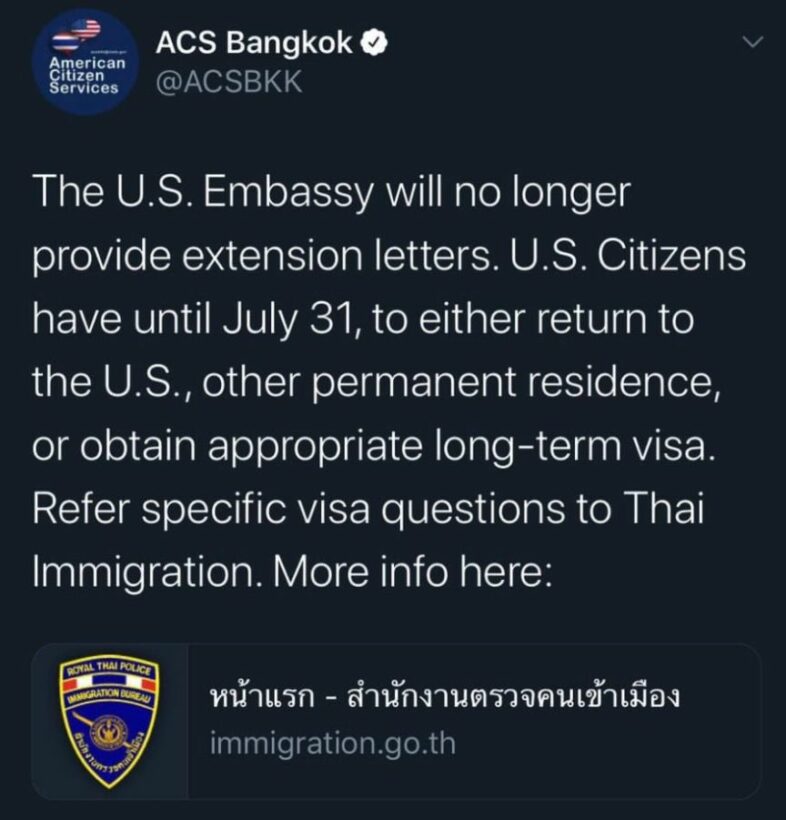