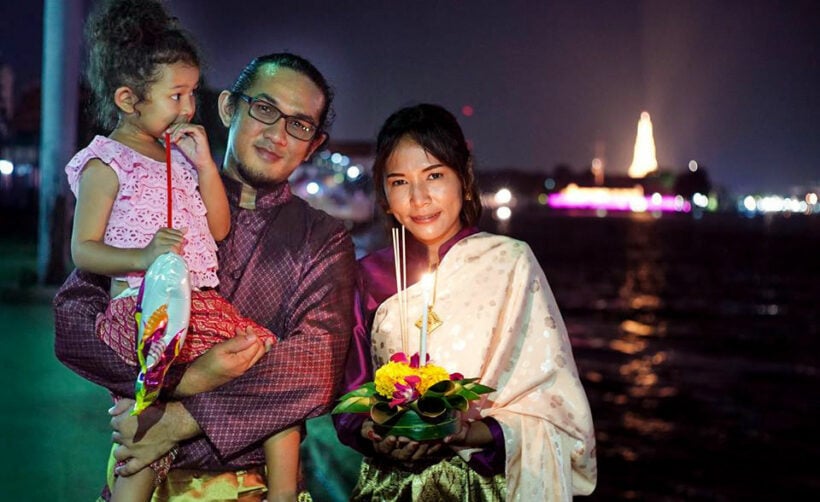 The Loy Krathong festival is tonight, this year coinciding with Halloween. If you’re living in Bangkok you’re spoiled for choice with launching locations.

There is no equivalent word in English for ‘krathong’. You might hear it described as a small boat or vessel. Many shops, market and roadside stalls will display ready-made krathongs, or in parts so you can assemble and decorate to create your very own krathong. Try and steer away from the polystyrene ones with bits of plastic and lots of pins. They will end up washed up on some riverbank or lakeside as pollution – dangerous to fish, animals and you.

Loy Krathong is a festival celebrated annually throughout Thailand The name could be translated as “to float a basket”, and comes from the tradition of making krathong or buoyant, decorated baskets, which are then floated on a river or water catchment. Loy Krathong takes place on the evening of the full moon of the 12th month in the traditional Thai lunar calendar so the exact date of the festival changes every year.

Authorities are also urging people to avoid the new craze of “edible” Krathongs this year. Using bread and other edible products can become a problem for the catchments’ ecology and may even kill the fish if they try and eat too much of it. Bread also doesn’t float very well!

Here’s a useful guide with a few options to launch your environmentally-friendly krathong. How to make a krathong? Below… 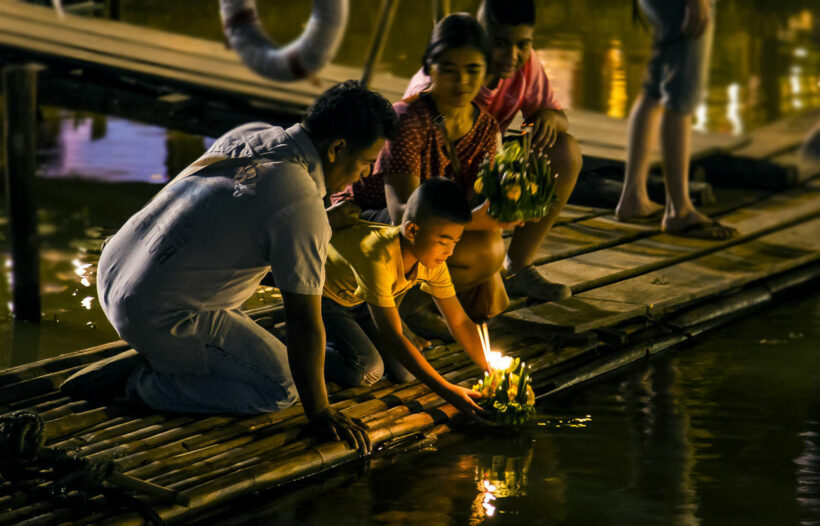 Chao Phraya River – The River Festival 2020
Bangkok’s Chao Phraya river is hosting another three-day party, with ten piers participating in krathong workshops, arts and crafts, and Loy Krathong rituals at nearby Buddhist temples. A free shuttle boat will connect the different piers. Check out the Facebook page for more information. 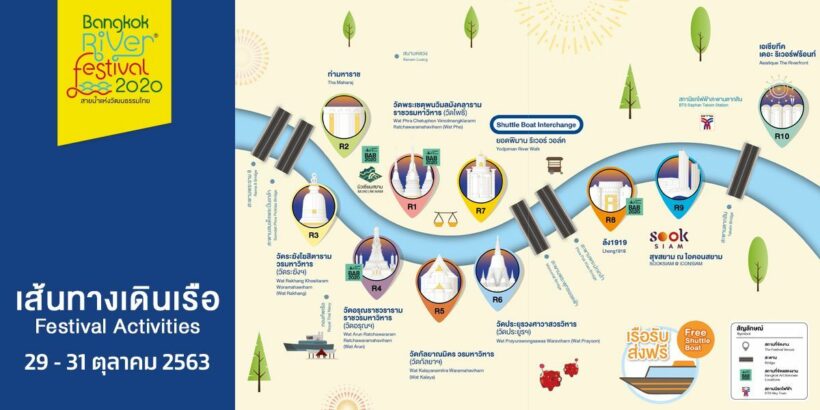 Asiatique
If you’re ready to experience Loy Krathong the way the locals do, head to Asiatique, the riverfront night market, which is where you will find the biggest crowds and some impressive shows. Traffic in the area will be very bad and there’ll be long queues to take the shuttle boat in front of Saphan Taksin BTS Station.

The Temple Fair
Head to Wat Saket for its long-running temple fair, popular with Bangkok residents for decades. Buddhist merit-making rites take place at the top of the hill, while at the bottom, you can enjoy weird and wonderful street food and a carnival-like atmosphere. Check more details HERE. 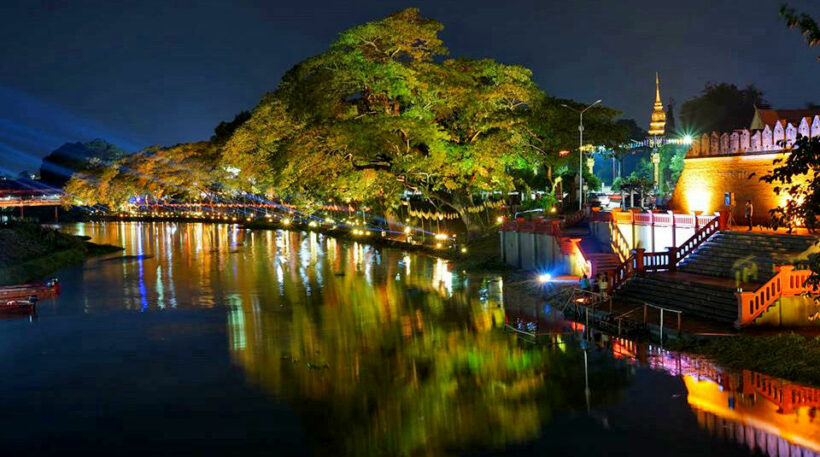 The Park
Around 30 of the city’s parks will be open for Loy Krathong but note that alcohol is prohibited. You can float your krathong at Lumpini Park, Chatuchak Park or Benchasiri Park among others. A major park celebration will be held under the east bank of Rama VIII bridge and near the Sam Yot MRT, at Khlong Ong Ang.

The Universities
Chulalongkorn, Thammasat and Kasetsart universities, and others, are holding Loy Krathong celebrations this year. Chulalongkorn will open its pond to the public but note that only small candle krathongs are permitted. The Tha Prachan campus at Thammasat host an afternoon fair, with participants invited to bring environmentally friendly krathongs. Kasetsart will hold a similar event in the evening. All universities will have food stalls and entertainment on offer. Check university websites for details.

The Romantic Date
Couples who want to avoid the crowds and have a quieter celebration may want to head to the riverside arts centre, The Jam Factory. After setting your krathong afloat, grab some popcorn and enjoy a couple of Thai movies being screened outdoors on a vintage projector. Free entry.

Hotels
Just about every hotel in Bangkok will be hosting some sort of Loy Krathong event. If they’got a pool, be assured the staff will be decked out in traditional Thai finery, and you’ll be invited to float a Krathong. Many of the events will have a charge and include dinner or buffet.

Or make you own and launch it in the bath