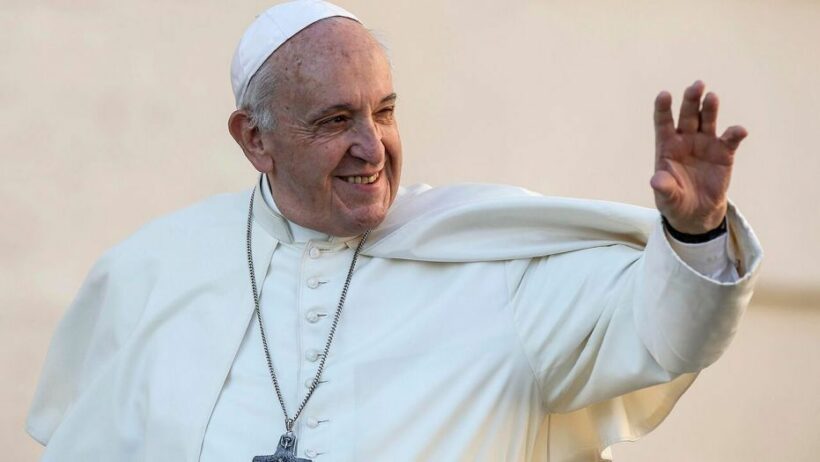 Pope Francis will begin a three-day trip to Thailand tomorrow, with the deputy secretary-general of the Catholic Bishops’ Conference of Thailand declaring the visit a pilgrimage of peace.

Thai PBS World reports that Monseigneur Wissanu Thanya-anan says the visit is not just for Thai Catholics but for people of all religions.

“Pope Francis is a bridge-builder, a prophet who is a bearer of an auspicious message to all.”

The Pope’s visit to Thailand and Japan begins with his arrival in Bangkok tomorrow. On Thursday morning he will speak at Government House, where he will meet with the PM and other government officials, as well as representatives from civic organisations and diplomats.

Later on Thursday His Holiness will visit Wat Rachabophit, where he will meet with the Buddhist Supreme Patriarch, before heading to St Louis Hospital to visit patients and medical staff. That night he  will have an audience with His Majesty the King at the Royal Palace and attend a mass at the National Stadium.

On Friday, he is due to meet clergymen and other religious figures at St Peter’s parish, before heading to the Shrine of Blessed Nicholas Bunkerd Kitbamrung to meet with the bishops of Thailand and members of the Federation of Asian Bishops’ Conferences.

Later on Friday, the Pope will have a private meeting with Society of Jesus members, as well as meeting Christian leaders and leaders of other faiths at Chulalongkorn University. That evening, he will attend a mass for young people at Assumption Cathedral.

The Pontiff’s visit is the second time a pope has visited Thailand, following the 1984 visit of Pope John Paul II.

Monseigneur Wissanu says the Pope’s visit will emphasise peace and harmonious co-existence at a time when many parts of the world are dealing with conflict and disorder. He adds that Pope Francis applauds Thailand’s open society and tolerance for religious diversity.

“This an era that people of all faiths must walk together to face the challenges.”