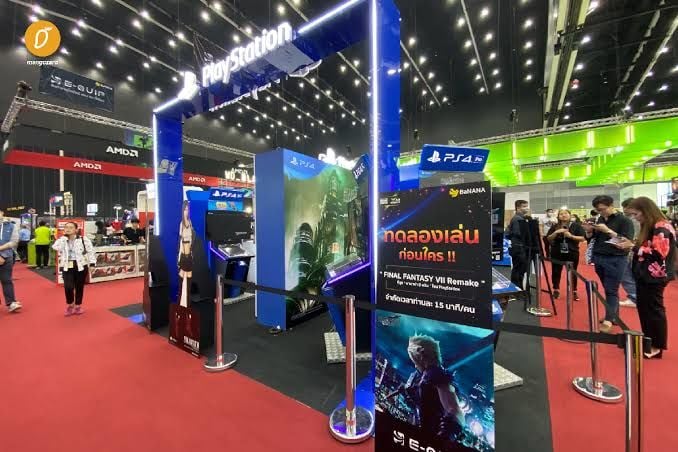 AIS and M Vision have kicked off the 2nd Thailand Game Expo at the BITEC centre (Bangkok International Trade & Exhibition Centre) in Bangna. 700,000+ visitors are expected to attend the Expo this year, which runs through to this Sunday (February 2) and product sales tipped to top 2 billion baht. The event is organised by AIS eSports.

Alistair Johnston, the MD of New Business at AIS , says the e-Sport industry and gaming business in Thailand continues to grow, with the e-port “ecosystem” spreading around the country.

“We expect the game industry to reach 27 billion baht in value by the end of this year, representing growth of around 15.8% over 2019. The majority of the revenue comes from sales of mobiles and tablets for e-sports at 19.1 billion baht, followed by PCs at 5.9 billion baht, or growth and consoles at 1.98 billion baht.”

eSports (also known as electronic sports, e-sports, or eSports) is a form of sport competition using video games. Esports often takes the form of organised, multiplayer video game competitions, particularly between professional players, individually or as teams. Although organized competitions have long been a part of video game culture, these were largely between amateurs until the late 2000s, when participation by professional gamers and spectatorship in these events through live streaming saw a large surge in popularity – Wikipedia

“eSports is widely recognised today as a sport of the digital age that responds to the lifestyle of the millennials. We have noticed a definite trend in esports growth both in terms of active players on all platforms and the market value of game and esports in Thailand with over 23 billion baht.”

Chinese telco giant Xiaomi (Thailand) is also taking part in the event and is offering discounts of up to 1,000 baht on 2 popular smartphones. It will also be displaying its latest innovation, the Mi Mix Alpha, a 5G concept smartphone with the world’s first Surround Display. Designed with a screen ratio of more than 180.6 per cent, the product allows display in almost all areas and comes with the world’s highest 108MP camera resolution. The Mi MIX Alpha is a titanium smartphone that uses the same grade of titanium alloy as the spacecraft which is three times stronger than stainless steel while weighing less. The device also uses a sapphire glass at the area of the back camera.