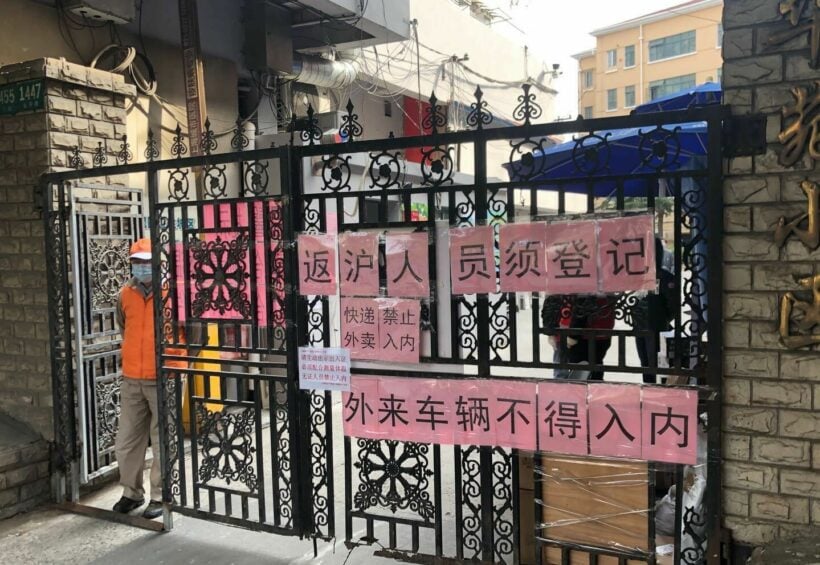 China’s relentless pursuit of a zero-Covid status, coupled with tough import restrictions, is having a negative impact on the Thai economy. So says the Thai economic planning agency, the National Economic and Social Development Council. According to a Nation Thailand report, the NESDC says it’s watching China closely, after a strict lockdown was enforced in Shanghai and other cities.

“China’s economy expanded by only 4.8% in the first quarter this year, lower than forecasts of more than 5%.”

The NESDC goes on to say there are 3 Chinese policies that will have a significant bearing on the global economy, including Thailand’s. The first is the Chinese government’s zero-Covid policy. The agency says if lockdowns of large cities continue, Thailand’s industrial supply chain for electrical appliances and electronics will be affected.

The second policy that will affect Thailand is China’s tight control on agricultural imports, particularly those being brought in by land. After traces of Covid-19 were found on shipments of durian fruit from Thailand, China imposed a temporary suspension of imports of Thai durian. This led to a drop in the price of the fruit. As a result, the NESDC is calling for Thailand’s export standards to be tightened to comply with Chinese demands.

Finally, the third policy is China’s decision to stockpile raw materials for products such as fertilisers, instead of relying on imports that could be affected by Russia’s war on Ukraine and sanctions imposed by the West. The NESDC says the steps being taken by China to mitigate the effects of US and European sanctions on Russia will also have a negative affect on the Thai economy.

Poolie
Only 4.8%? Oh woe is China. The rest of the world would give a knacker for that. 😁
Boddown
So that's now 2 governments that are affecting tourism ?
DiJoDavO
While Chinese people were the biggest part of tourism here, he's not wrong. But isn't it also a bit like this?