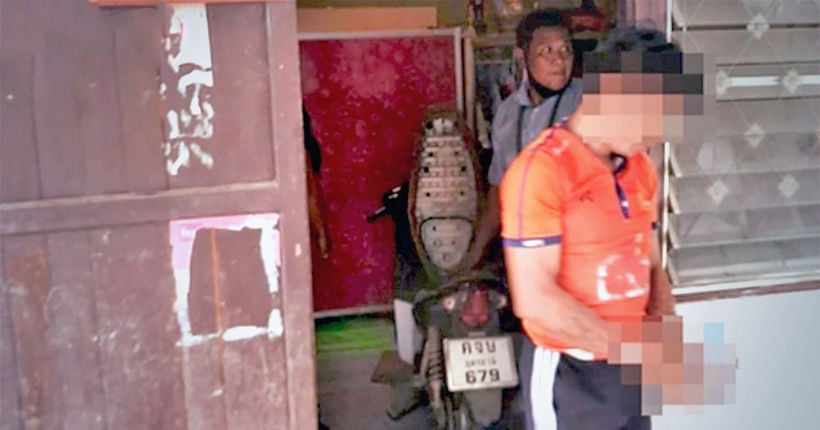 A man in the northeastern  province of Udon Thani has been arrested for alleged obscene acts with his underaged daughter. Police apprehended the man Friday at his rented home. He is also charged with using narcotics.

A 38 year old woman, whose name is being withheld, brought her 7 year old daughter, to file a police report about an obscene act, allegedly by her own father. She told police that it was the second time the father had tried to rape his daughter.

She said her ex-husband scraped the girl’s legs with a nail, and inserted his finger into her body in front of his friends at his rented house. The mother and grandmother said the child escaped back to her home and told them what had happened.

On Friday the child, mother, and grandmother were all summoned by police for more details. The victim’s 38 year old father was later arrested. He was taken to Muang Udon Thani Police Station for further questioning. He denied the accusation and claimed to be a hardworking man, saying he could never do what he was accused of by his daughter. He claimed this was a conspiracy against him.

A urine test showed the presence of narcotics. He was charged with obscene behaviour with a child aged under 13 and taking narcotics.

Justice Ministry, DSI seize over half a billion baht in assets from drug traffickers