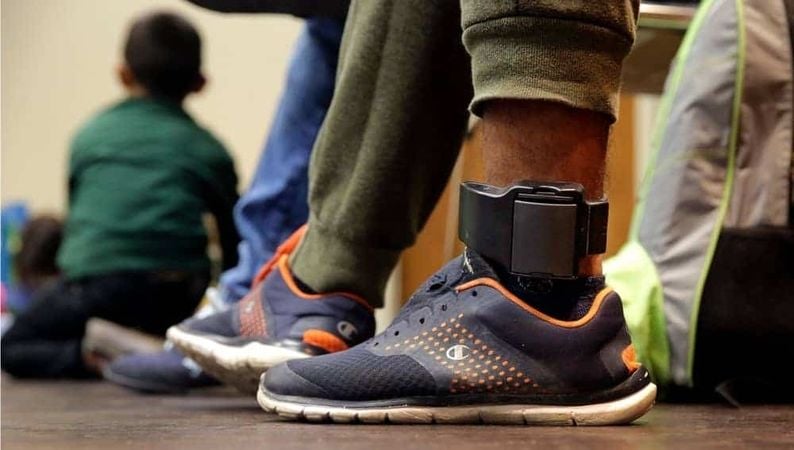 Thailand’s prisons are overcrowded. To fix the problem, they’re sending some of the inmates home and monitoring them with ankle bracelets. Just 39 prisoners have been given the electric monitoring, or EM, ankle bracelets, but the Justice Minister says he expects the bracelets to be used on thousands of convicted criminals to free up space in the prisons.

2 former politicians were in the first round of inmates released on home detention with EM bracelets. Both politicians received parole due to old age and good behaviour, the Nation Thailand reports. Justice Minister Somsak Thepsuthin says they started the EM system on September 1.

“We expect to use EM bracelets on 87,700 prisoners per year to reduce the overcrowding within prisons and increase monitoring capability to reduce the chance of repeat offences by released prisoners.”

The former interior minister and Pheu Thai Party ex-leader, 78 year old Yongyuth Wichaidit, was released with an EM bracelet. He was sentenced to 2 years in prison allowing the sale of monastic land to build the Alpine Golf Club. The Court says Yongyuth abused his power while serving as acting permanent secretary for interior. He served 8 months, according to the Nation.

Back in February, the Bangkok Remand Prison Chief Krit Krasaethip told the Bangkok Post Yongyuth “will be treated under jail regulations without privileges.”

The former deputy prime minister during the Yingluck Shinawatra administration, 75 year old Plodprasop Suraswadi, was also released with an EM bracelet. He was sentenced to 1 year and 8 months in prison for abuse of power for demoting a senior official when he was permanent secretary of the Natural Resources in 2003. He served 6 months, the Nation says.

Only certain prisoners will be eligible for EM bracelets. They must also pass an evolution to make sure they are not at risk of committing repeat offences, Somsak says.

“Three groups of prisoners would be considered to be fitted with EM bracelets: those whose sentence was reduced by a royal pardon, those who were waiting for test results, and parolees… EM bracelets would not be used with prisoners who committed serious or violent crimes, as they could still be dangerous to the society.”

Those released with an EM bracelet must only stay in certain areas, Somsak says. They must also wear the bracelet for a year after being released.