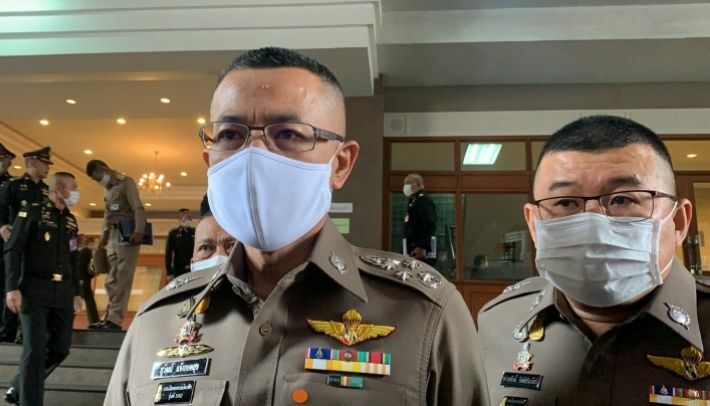 Thai Police are shifting their focus from illegal migrants to labour traffickers, saying they plan to make major arrests after enough evidence is gathered. Fingers have been pointing at the Burmese migrant community after hundreds of migrant workers in Samut Sakhon tested positive for the virus.

Since neighbouring Myanmar reported a rise in Covid-19 cases back in September, border patrol tightened security and arrested a number of migrants for allegedly crossing the border illegally. After the surge in local cases over the weekend, particularly among migrant workers in Samut Sakhon, the Royal Thai Army admitted that they cannot keep people from crossing the around 2,000 kilometre Thai-Myanmar border.

National Police chief Suwat Jangyodsuk says police have “some idea” of who is trafficking the migrants across the border and to worker camps throughout Thailand. They are now gathering evidence to make arrests.

With a new wave of local cases in Thailand and the Burmese migrant population in the spotlight, Suwat says the police force will focus on arresting traffickers rather than the workers and will address the problem in a “humanitarian manner.”

“If we pour our resources in dealing with illegal migrants, the numbers will drop but not disappear. There are many limitations to our work, but this has become a priority. We will first focus on traffickers, especially those who use natural channels.”