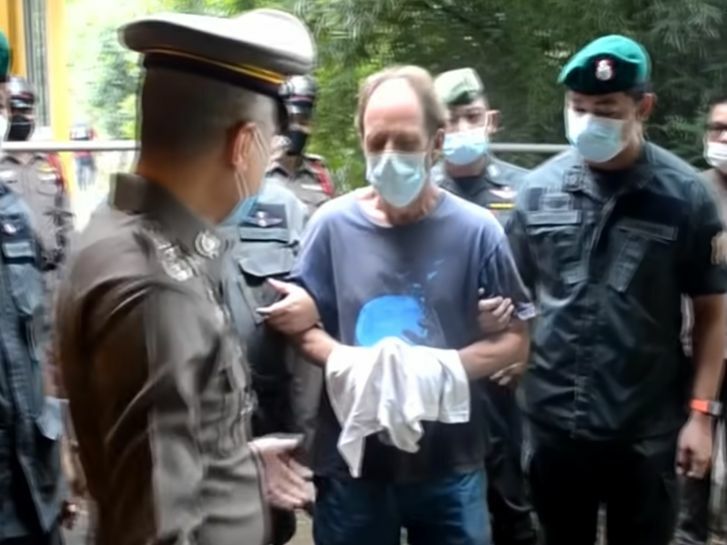 A 63 year old Swiss man was arrested for allegedly beating a Thai man to death. Police say the Swiss national, identified as Rudolf, told officers that the man had come to his home, pointed a gun at his head, and demanded money. Officers say Rudolf confessed to beating the man, but did not intend to kill him, adding that he had acted out of self-defence.

Police were called to the Swiss man’s home in Udon Thani just after midnight Sunday morning and found 53 year old Sathien Chantarakhantri’s body in the kitchen. A report from Pattaya News says the Thai man’s hands and feet were tied up with a rope and his face had several wounds and bruises. Medical examiners at a local hospital will do an autopsy to determine the cause of death.

Rudolf allegedly told police that he was drinking coffee in the kitchen when Sathien pointed a gun at his head. According to police, Rudolf told officers that a gunshot went off as he tried to disarm the intruder. Rudolf was reportedly able to throw the firearm to the side, before tying up the man.

Rudolf and his wife, a Thai national, reported the incident to the village chief and the local police. Sathien was dead when the village chief arrived and a firearm was found nearby the body. Rudolf’s wife reportedly told officers that she knew Sathien and said he had romantic feelings for her, adding that her rejection may have motivated him to threaten her husband.

While Rudolf says he was acting in self-defence, he was arrested on charges of assaulting others to death. Rudolf did a re-enactment of the crime, which is a common practice in Thai law enforcement.

gummy
Just now, Viggen840 said: The worst suicide recorded so far this year... Yes since pattaya "closed down" people committing suicide by binding their ankles and wrists tightly so that they could not walk and then miraculously throwing themselves off a…
Russellprout
On 10/5/2021 at 9:32 AM, gummy said: Do police handcuff dead bodies ? please lets us know with some facts. It depends if the guy knew he was dead before tying him up. The only story we have are what…

gummy
1 minute ago, Russellprout said: It depends if the guy knew he was dead before tying him up. The only story we have are what are in the news report but obviously you have already convicted him without any facts…