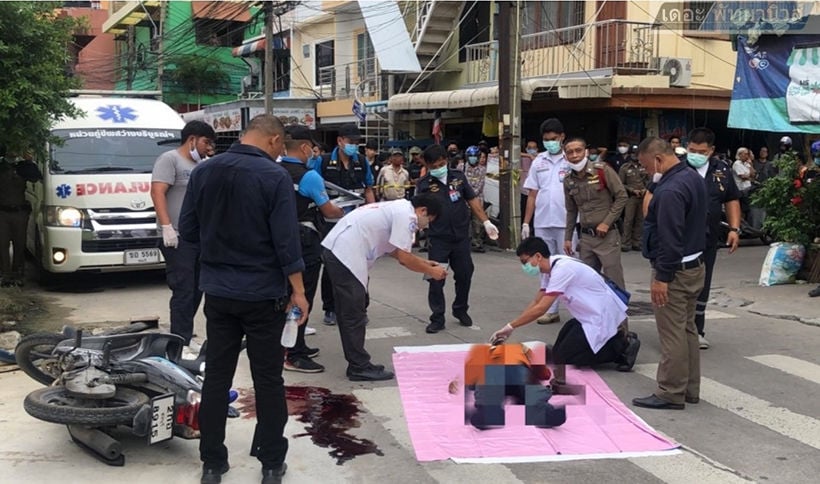 Police now say yesterday’s shocking daytime murder of a motorbike taxi driver in South Pattaya appears to have been well planned and say they’re already tracking down 2 suspects. 47 year old Prathum Saartnak was shot once in the head around noon yesterday behind Pattaya School 8, near the famous Walking Street area.

He had just finished dropping off a passenger from the Bali Hai Pier, where he is based. A security camera caught the suspects speeding away on a motorbike.

Pattaya’s police chief told The Pattaya News that the incident appeared to have been well thought out, with the suspects following the victim and waiting for his customer to move away from the motorbike. He says officers are interviewing Prathum’s family and coworkers to try to determine a motive for the shooting and further identify the suspects.

The chief says the crime is a top priority as the incident took place in a high traffic public area, and behind a public school. Classes were out of session yesterday for the public holiday, so students were not present and did not witness the incident. 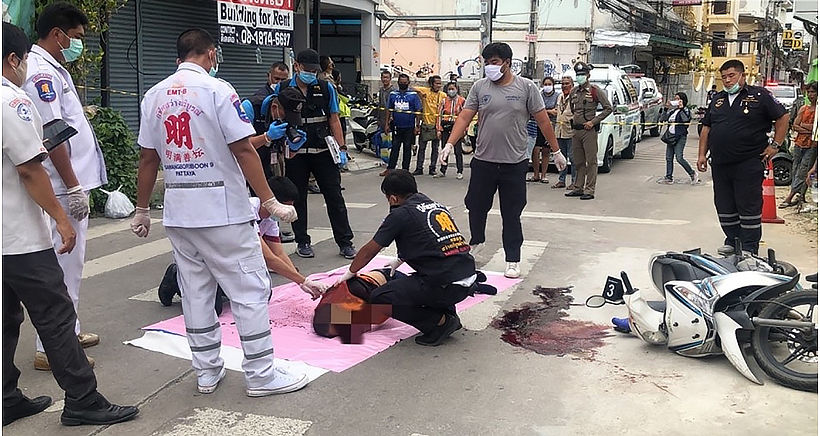 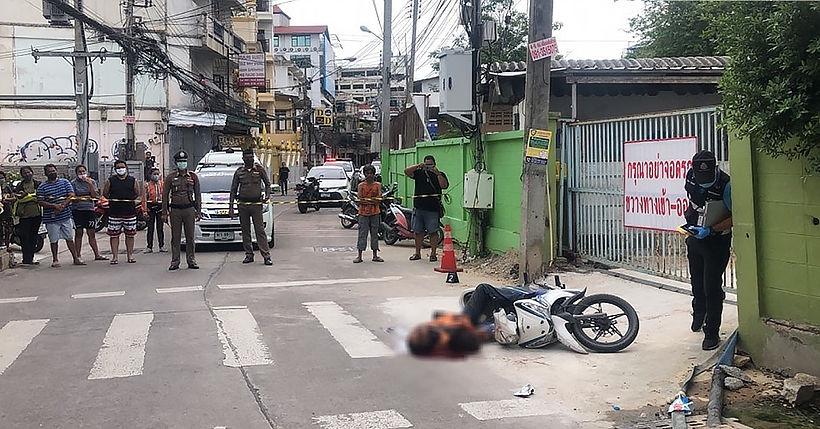 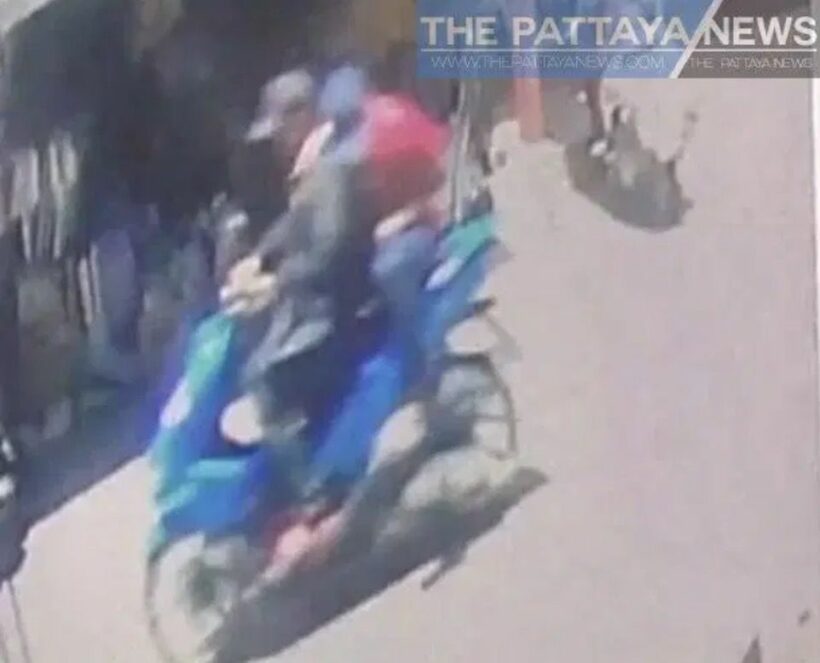