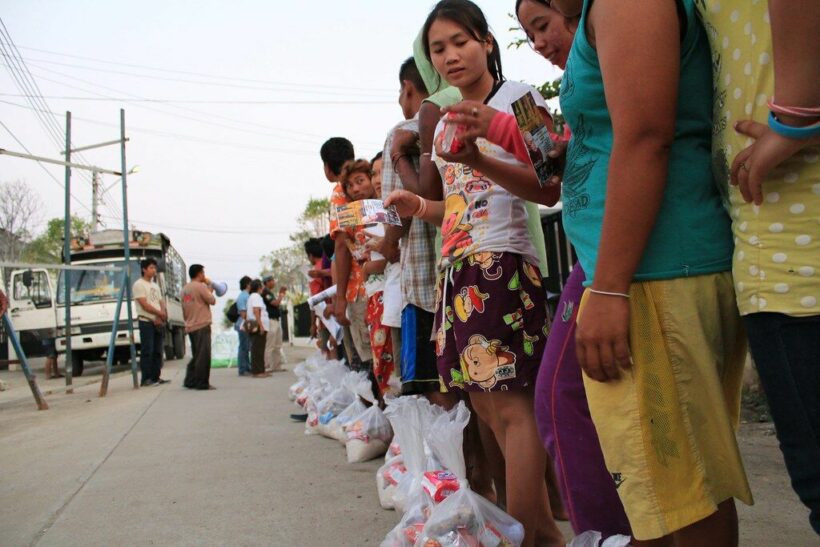 In Thailand’s western province of Kanchanaburi, police have caught 2 more groups of migrants crossing the border from Myanmar. Police say they arrested them and their guide as they crossed over the border illegally, searching for jobs. An army ranger patrol says they saw 20 people carrying baggage. They were walking along a track at Ban Patrudan border village in Ban Kao at around 5pm yesterday.

The patrol says they stopped the group of 11 men and 9 women, and found they had no travel documents. The group said they had travelled from Dawei township in Myanmar to the border of the province. They said it took them 4 days to cross the border on a foot along a natural path. They said their guide was to take them to a location in which they would then be picked up and transferred to jobs in central Thailand. The fee for this was anywhere from 13,000-20,000 baht each to a broker in Myanmar. The migrants’ temperatures were checked, with police saying the results were normal.

The same patrol later caught a second group of illegal migrants, consisting of 7 men and 2 women. Those migrants told the police that they were being transferred to Samut Prakan province, which shares a provincial border with Bangkok, for jobs.