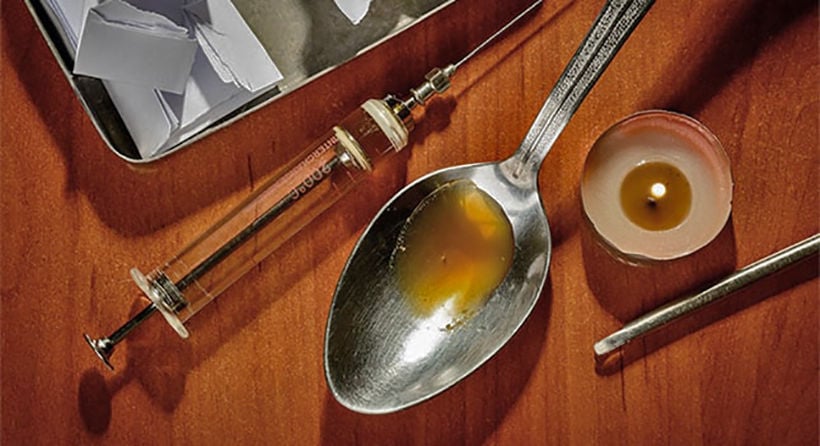 As if the spike in synthetic drugs coming from the so-called Golden Triangle weren’t enough, authorities report that heroin is making a comeback in Thailand, especially among teenagers, who are often unaware of the dangers, including HIV and hepatitis C. The Office of the Narcotics Control Board reports rising numbers of teens aged 15-18 admitted to rehab programs for heroin addiction.

More than 3,700 teenagers went into rehab for heroin addiction in 2017; that number increased to 3,980 teenagers in 2019. In the first 8 months of this year alone, the number of teen addicts has already surpassed 2,900, most of whom are new addicts. Fully a third of heroin addicts nationwide are teenagers.

The ONCB’s secretary-general says most heroin abuse cases were found in Bangkok, Chiang Rai, Narathiwat, Chiang Mai and Kanchanaburi. Every teen who entered rehab in those areas said they didn’t realise they had taken heroin, that they thought the substance was not harmful but just some kind of powder that left them in a trance after use.

“But pure heroin is expensive and it is typically used by adults more than young people due to its steep price. Most young people can’t afford to buy heroin. However, physical checks of addicted youths found heroin in their blood.”

The ONCB says heroin addiction is on the rise and making a comeback among young users, but the number of addicts and those being treated addiction is still low compared with cases of methamphetamine abuse. The secretary-general says, however, that heroin is being formulated to make it cheaper and more widely available. It is also commonly found mixed with other narcotics.

Seizures of heroin from the Golden Triangle, one of the world’s largest production areas along the borders of Myanmar, Laos and Thaland, have been rising every year, according to the ONCB.

The UN Office on Drugs and Crime says the Golden Triangle remains the world’s largest heroin producing region. From there the drug is smuggled into Thailand through porous borders before being distributed, domestically and globally. According to ONCB records, 376 kilograms of heroin was seized in fiscal year 2017; that number jumped to 941 kilograms in 2019.