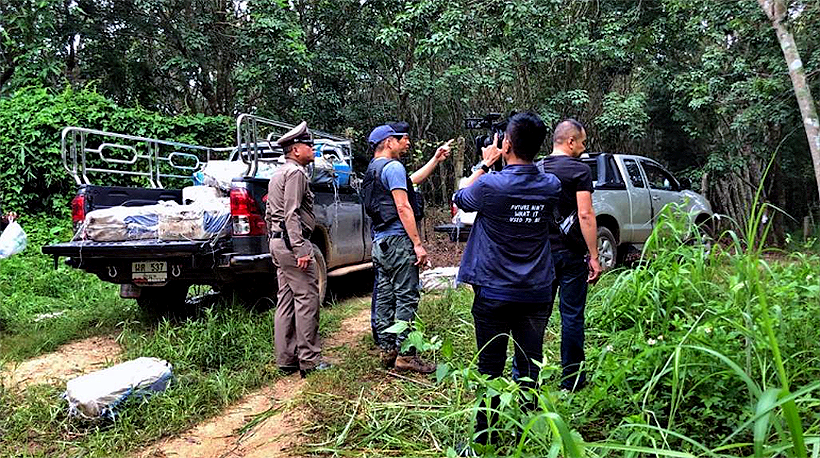 A Burmese drug suspect has been killed in a shootout with Thai police and soldiers while attempting to ship drugs across the border into Chiang Mai’s Mae Ai district early today.

The man was believed to be a fighter with the Shan ethnic group in Myanmar and a part of a group of 30 drug smugglers.

A joint force of 30 policemen and soldiers staked out a forest near Ban San Ton Du in Tambon Tha Don at 2am this morning. They spotted about 30 men in green uniforms carrying a bag each and walking through the forest to two pickup trucks waiting at the end of dirt road near the forest. They were all armed with military-style assault rifles.

Authorities waited for the suspects to load the bags into the back of the two pickups before emerging from hiding, shouting to the men to surrender and lay down arms. Rather than laying down they responded by opening fire instead.

A gunfight ensued for about 20 minutes before the suspects fled into the forest to cross back over the Burmese border. Police then checked the spot where they found the body of a suspect who had been shot twice in the chest. Another unit managed to arrest another suspect in green military uniform. The suspect was unable to speak Thai.

Authorities also found and seized about 9.8 million methamphetamine pills inside 50 fertiliser bags in the back of the two pickups. 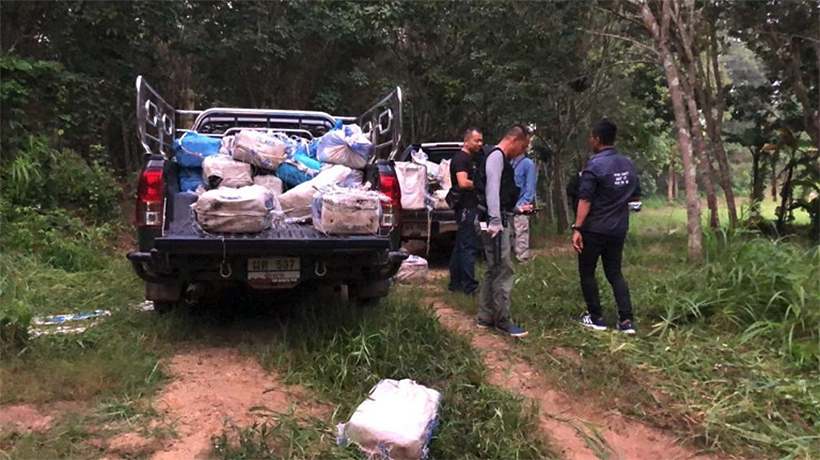