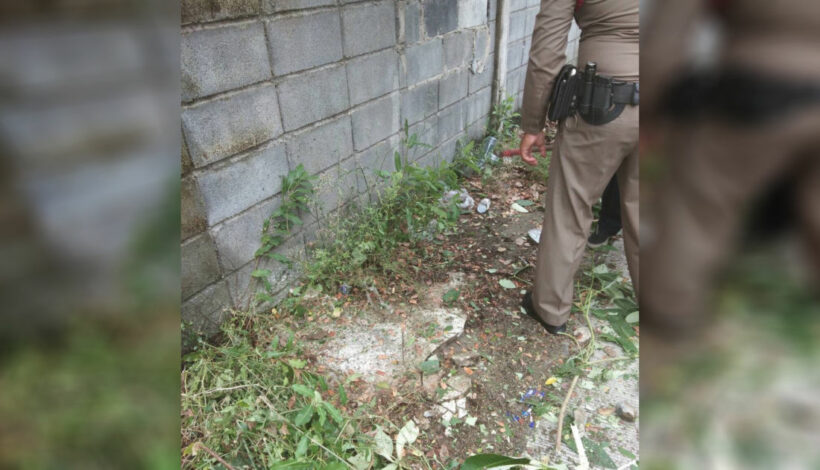 Three Bangkok technical students have been arrested this morning (Saturday) as part of the investigation into the four explosive devices planted in bushes in the middle of Rama 9 Soi 57/1 yesterday. The students were aged 15, 16 and 17.

Thai PBS report that the suspects have confessed during initial questioning at Huamark Police Station.

The police plant to question the suspects further when all parties required to be present for the questioning of minors are present, including psychologists and social workers.

Police have reviewed CCTV footage in the hunt for suspects in the Chaeng Wattana Government Complex explosions. Initially, the police say they have indentified two men who they want to question and are now trying to locate them. There were four explosions at the complex yesterday morning.