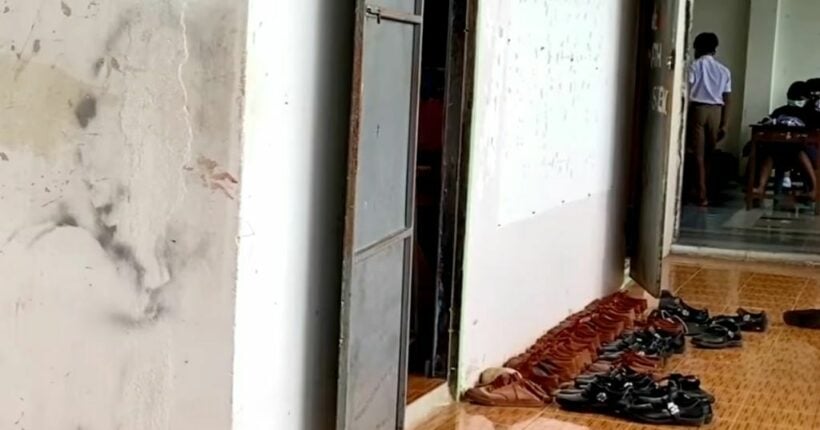 The screenshot shows a bloodstrain on the wall near the spot that the student got stabbed.

A 15 year old male student is in serious condition after being stabbed several times by a fellow student at school. The incident happened because a long-running conflict between the two and follows an argument the day before.

Yesterday, at 8.40 am, a Mathayom 3, or grade 9, student at a school in the southern province of Songkhla was reportedly stabbed by another student in front of their classroom. The alleged attacker was a 15 year old student in the same year but in a different class. Thai media reported that the two had an argument the day before and, according to classmates, had ‘resolved’ the situation. But the assailant was clearly carrying a grudge and bought a 6 centimetre-long knife to school the next day.

The victim was sent to a hospital in serious condition after being stabbed several times. The attacker remains in the custody of police officers from the Na Mom Police Station. Police told Thai media that they would continue questioning with the youth, together with the parents and an officer specialising in youth crime.

The brother of the alleged attacker gave an interview with Thai media noting that he had a bad temper. He said he’d spoken to his brother about the incident, and the brother commented he “didn’t mean to stab the victim”.