PHOTO: The air-pollution-busters being installed on Bangkok bus tops - The Nation

“It is like a single dead pixel on your phone, hardly noticeable”

Air purifiers sitting on tops of buses. Apparently this is another solution for Bangkok’s air pollution problems. Sounds like the people selling the mobile bus-top air purifiers have a very convincing sales person!

But Bangkok’s Mass Transit Authority director Surachai Eamvachirasakul says the department will go ahead with plans to install the air purifiers on top of Bangkok’s public buses. The promise is that it will reduce dust pollution. The air-filtration systems which will be installed on top of some of the state-operated buses are said to be capable of sucking in polluted air and blowing out clear air behind it. The director cited several test runs of the system as “evidence”.

“The device is capable of filtering 10,000 cubic metres of air per one trip. Scientific research indicated that an adult would breathe in an average 0.5 cubic metres per hour, so a bus would be able to provide clear air to more than 20,000 people on the road.”

This fuzzy maths shows an appalling ignorance of the larger pollution problem, most of which comes from plantation fires to the north of the capital – little to do with any local city contributions.

Even Chulalongkorn University biologist Jessada Denduangboripant says the plan “will have a near-zero impact on the PM2.5 dust particles”. Near zero. That’s a much closer estimate of the effectiveness of strapping air purifiers to the tops of the buses. Better still, don’t run the polluting old diesel buses in the first place which may cause more pollution per kilometre than the air purifiers could ever ‘filter’.

“If it is working as claimed, I believe it will only be capable of cleansing just a pixel of Bangkok,” Jessada said to Khaosod English.

Another scientist opined that the effectiveness of the air purifiers “would be trivial at best”, given the amount of air in the capital city against what the machines could process.

Matipon Tangmatitham, a researcher at the National Astronomical Research Institute of Thailand got out his calculator.

“Based on the area of Bangkok and the height of dust particles from the ground, it gives out 1.568E+12 cubic metres of air that needed to be filtered. But the scheme would only produce 20,000 cubic meters of clean air, even when all the 500 buses are on the road.”

(And how much pollution is caused by the 500 buses cruising around the city?)

But BMTA director Surachai hit back at the scientists with a test result he gathered, which compares PM2.5 level before entering the device at 48-52 AQI with 1-5 AQI after passing through the device.

In truth, the effectiveness of the system would be almost impossible to calculate on a city-wide situation. A few extra kilometres of wind strength from the north on a day of burn-offs in the north would blow the pollution readings off the scale, completely obliterating any tiny improvements made in the immediate vicinity of the passing bus. 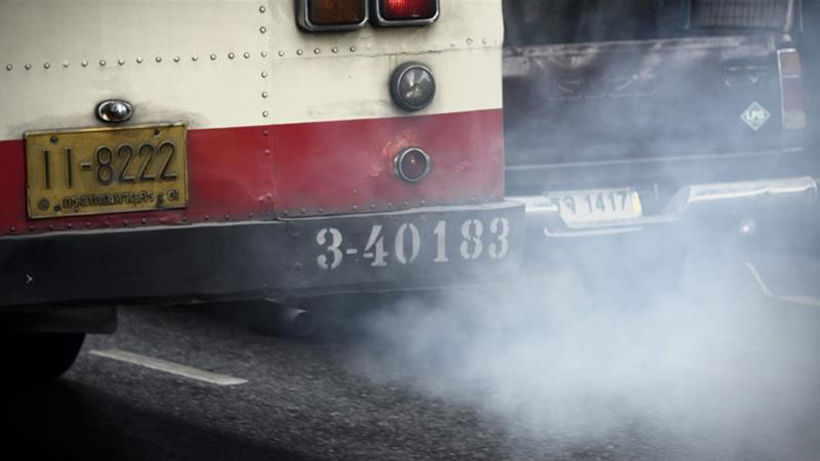 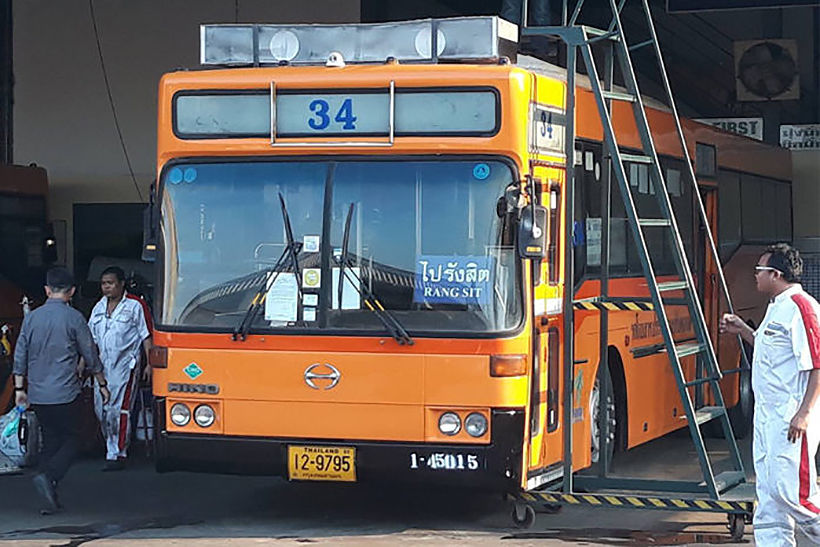 Chiang Mai blanketed in smoke as fires burn around the province