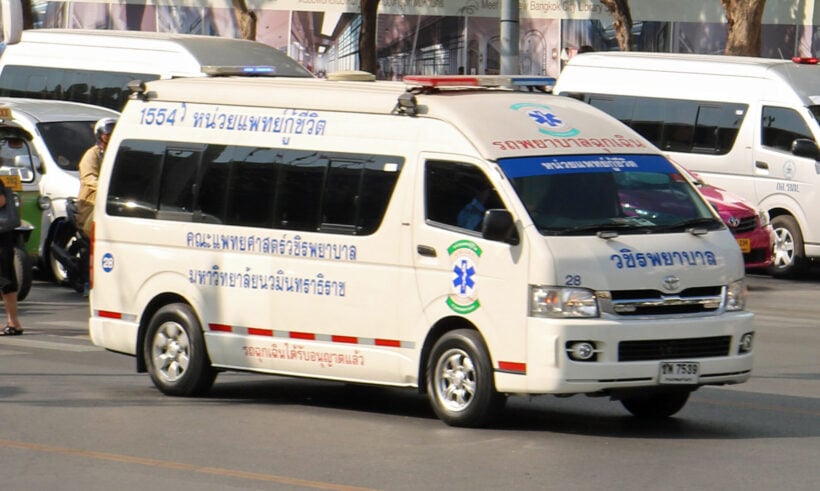 A 50 year old woman infected with Covid-19 died at her home in Bangkok’s Huai Khwang district after waiting for nearly a week for a hospital bed to become available. She died at 3am yesterday morning, just hours before an ambulance was scheduled to take her and her infected family members to the hospital, a source told the Bangkok Post. The woman’s relatives say the Thai government’s “problematic system” led to her death.

Of the family of 6, one of them had been sent to a hospital when a bed became available. The others had to wait, the source said. Apparently, they waited for 6 days.

A volunteer from a local charity group stepped in to help the family get beds at a field hospital in Nonthaburi, a suburb outside Bangkok. An ambulance was then scheduled to pick up the 5 infected family members yesterday morning. The woman died just hours before it was due to arrive.

Public hospitals in Bangkok have been overwhelmed with the increasing number of Covid-19 patients. With hospitals at capacity and infections expected to spike due to the emergence of the Delta variant, isolation centres and a new field hospital are being set up in the capital.

Stonker
Another one.  How many does it need?