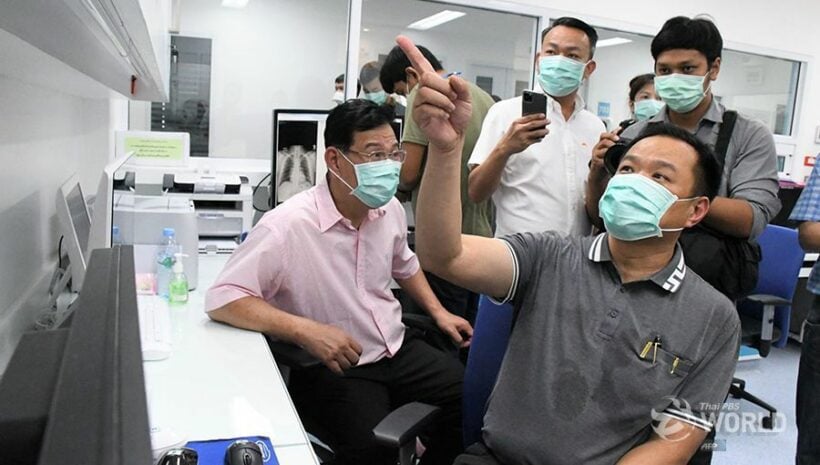 ORIGINAL STORY: Thailand health officials have reported 106 new Covid-19 coronavirus infections today, bringing the total to 827 in the Kingdom. The number of new cases is lower than the 122 recorded yesterday.

The Ministry of Public Health has also reported 3 additional deaths from the virus in the past 24 hours, bringing the total to 4. 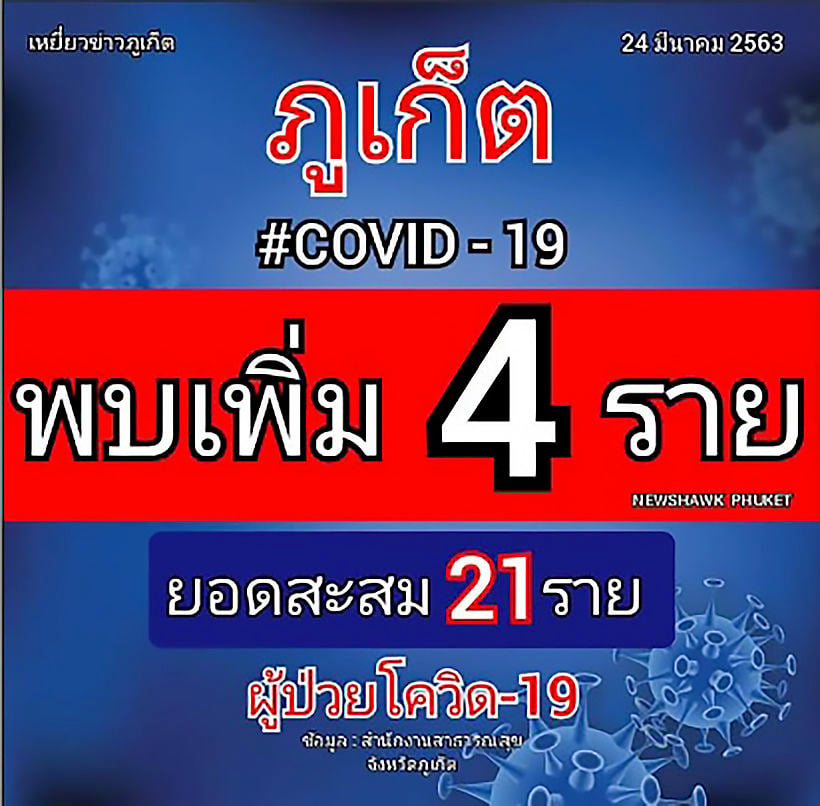 Since the start of the outbreak, 57 patients have recovered and gone home, leaving 766 still being treated in hospitals. The cabinet will meet today to discuss a raft additional measures to cope with the coronavirus pandemic in Thailand.

In Phuket, local media outlet Newshawk Phuket today reported 9 new cases of the Covid-19 coronavirus on the southern resort island, bringing the total to 26, up from 17 yesterday.

• Case 18 is a 33 year old Thai woman, a waitress at Soi Bangla in Patong district. She fell sick on March 16.

• Case 20 is a 25 year old Swedish air hostess who arrived in Phuket on Friday.

• Case 22 is 26 year old Thai woman, also believed to have caught the disease at Soi Bangla Bangla, and also became sick on March 20.

• Case 25 is a Thai woman, aged 62, who recently traveled to Switzerland and got sick abroad. She returned to Thailand to seek treatment.

• Case 26 is a Frenchman, aged 62, a golf teacher who recently travelled to Germany and Spain.