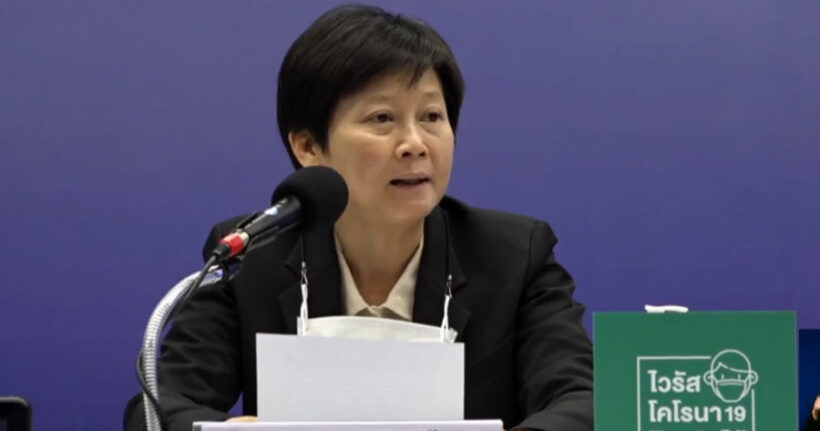 Thai health officials are trying to determine how the South Korean military officer, who tested positive for Covid-19 after returning home from Thailand’s annual Cobra Gold training, became infected with the virus. So far, it’s a mystery.

Local health authorities investigating the case are asking South Korean authorities for more information about the officers whereabouts to figure where exactly the officer came in contact with the virus, according to the Department of Disease Control’s chief of the epidemiology division, Walairat Chaifoo.

October 17: The 32 year old South Korean military officer arrived in Thailand and checked in at an alternative state quarantine (ASQ) hotel in Bangkok.

November 1: The military officer was released from the ASQ after 2 tests came out negative for Covid-19. He checked out and stayed at a hotel for a night in Bangkok’s Sukhumvit area.

November 6: He travelled back to Bangkok and stayed at a hotel for 2 nights.

November 8: The military officer departed from Bangkok’s Suvarnabhumi airport and landed at the Incheon Airport in South Korea where he tested positive for Covid-19.

The vast majority of recent Covid-19 cases have been detected in the mandatory 14 day quarantine for those entering the country. Thailand went a record of 100 days without a reported local transmission until September when a Bangkok DJ tested positive for Covid-19 after his arrest on drug charges.

The DJ was infected with the G strain of the virus which is a less severe, but more contagious. The G strain is also typically detected in quarantine from those entering Thailand from overseas rather than local transmissions, health officials say. That case is also still a mystery.

Keep in contact with The Thaiger by following our Facebook page.
Never miss out on future posts by following The Thaiger.
News Categories:Coronavirus (Covid-19)
Related Topics:BangkokCobra GoldCoronavirusCOVIDcovid-19local transmissionMilitaryquarantineRayongSouth KoreaThailand
5 Comments 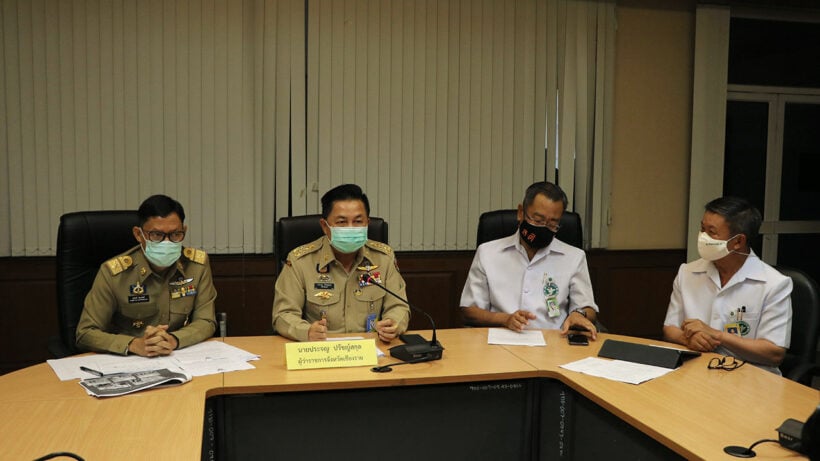 A fourth local Covid-19 case was reported in Chiang Rai today. The patient is a 25 year old Thai woman who recently returned to Thailand from Myanmar by using an unofficial land crossing to avoid quarantine.

The woman travelled to Myanmar’s Tachileik district earlier this month to work at a hotel, she told officials. 3 other infected Thai women also tested positive in Chiang Mai and Chiang Rai after working at a bar in Tachileik. Those women also allegedly entered Thailand illegally, dodging the mandatory 14 day quarantine period.

When the 25 year old heard the news of other returnees testing positive, she got tested. She has not reported any symptoms. The woman claims she stayed in a hotel room in the Mae Sai district from November 24 to 27 and ordered food to the room. She moved to another hotel in the Muang district. The woman claims she wore a mask and did not go to public places.

The Chiang Rai Disease Control is investigating and is urging the public not to panic. The 3 Thai women who tested positive for Covid-19 after crossing the Thai-Myanmar border without being screened or undergoing the mandatory 14 day quarantine might face charges. Public Health Minister Anutin Charnvirakul says he has asked authorities to prosecute “to the fullest extent of the law.”

Not only could the women face charges for illegal entry, they could also be charged for endangering public health as well as breaking the Communicable Disease Control Act and the Emergency Decree, according to Anutin. He says he’s working with the Chiang Mai and Chiang Rai governors to press charges against the women.

The infected women all worked at the same bar in Myanmar. One of them, a 29 year old, entered Thailand last Thursday in a public van, but was somehow able to evade the quarantine process. She then took a bus from Chiang Rai to Chiang Mai. She had flu-like symptoms during her travels and checked in to a hospital a few days later where she tested positive.

The other women, ages 23 and 26, illegally crossed the border into Chiang Rai at night. After hearing about her friend’s positive result, the 26 year old went to a local hospital to get tested.

The health minister says Thais are welcome to come home, but they need to go through the official entry process to prevent the spread of the coronavirus. Those who enter the country without going through the mandatory quarantine period could face harsh penalties, such as imprisonment, for violating the Emergency Decree.