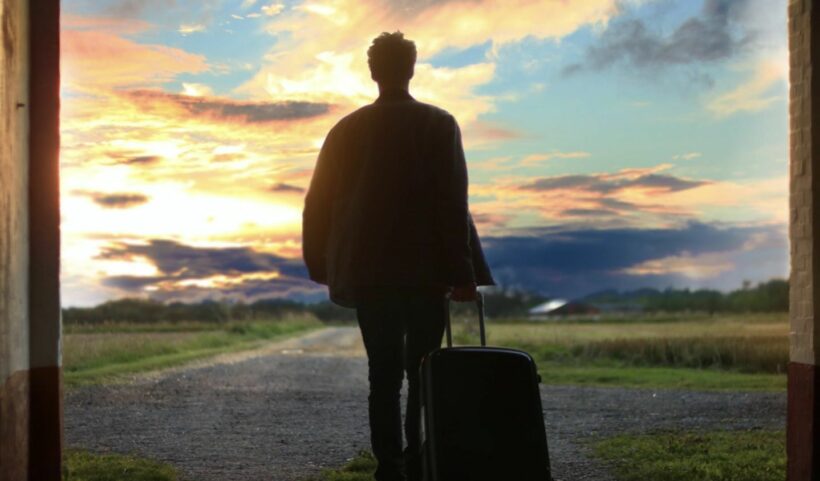 The Tourism Authority of Thailand has announced today an update about compulsory Covid-19 insurance. They say it’s now “conveniently” available online in a one-stop-shop. Up to now the compulsory Covid-19 insurance, a pre-requisite before foreigners can come to Thailand, under any visa, was through selected insurance providers at their own websites. The Thailand Office of Insurance Commission has allowed the review of its policy, making it easier to find and purchase the compulsory insurance.

“Foreign travellers will enjoy the following advantages of purchasing an OIC-endorsed medical insurance policy, which is available online HERE.”

The update provides additional clarity and ease for people looking to travel to Thailand at this time.

“The Tourism Authority of Thailand is pleased to share the latest announcement that foreign visitors will be able to purchase compulsory Covid-19 insurance policy online prior to visiting the Kingdom.”

TAT Governor, Yuthasak Supasorn says the compulsory insurance is part of any package of documents that will need to be completed by foreigners entering Thailand at this time.

“A medical insurance policy with at least US$100,000 coverage or about 3.16 million baht for possible Covid-19 treatment is among the official documents required from foreign visitors planning to visit Thailand.”

“TAT hopes the Covid-19 insurance protection program, under the regulation of the OIC, offers additional peace-of-mind for foreign visitors and hopefully makes it easier for inbound travellers before departing from their country of origin.” 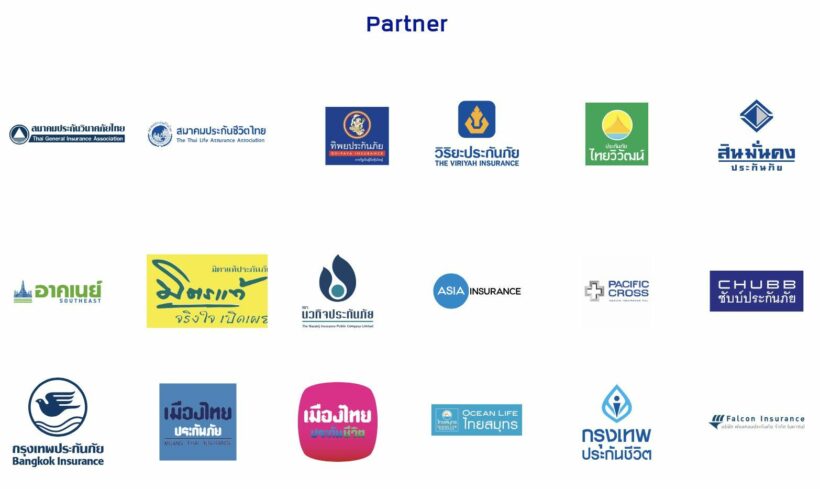 The Thai General Association and the Thai Life Assurance Association, plus 16 leading and non-life insurance companies in Thailand are partnering together with the oversight according to regulations from the OIC to offer the Covid-19 insurance protection program to foreign visitors.

The Thaiger recommends that, before you make any other travel arrangements about a trip to Thailand, including the booking os flights or ASQ hotels, you should make general enquiries at the Thai Embassy or Consulate-General in your country.

2,473 new Covid-19 cases and 35 coronavirus-related deaths were reported today in the Centre for Covid-19 Situation Administration’s daily briefing. The majority of the new cases are local transmissions, primarily in Bangkok. 680 of the new cases were detected in prisons.

Thailand now has 42,988 active Covid-19 cases, a record high for the country. Out of those cases, more than 10,000 are linked to outbreaks at prisons. Since the start of the pandemic last year, the CCSA has reported a total of 113,555 Covid-19 infections.

35 deaths involving Covid-19 patients were reported today, raising the pandemic’s death toll in Thailand to 649. Most of the new fatalities were reported in Bangkok.

Bangkok remains the epicentre in the latest wave of infections. The capital reported 873, raising the total since April 1 to 28,658.

There are now 29 Covid-19 clusters in 19 districts in Bangkok. The government has set up several locations for active case finding to contain the spread of the virus.

Foreign Ministry spokesperson Natapanu Nopakun, who gives the CCSA report in English, adds that Thai authorities are taking border breaches very seriously and security has tightened at land and sea borders as there have been a number of illegal entries involving those coming from neighbouring countries. Heightened border patrol has been an effort to prevent Covid-19 from being imported into Thailand.

Provinces with the highest number of new Covid-19 infections… 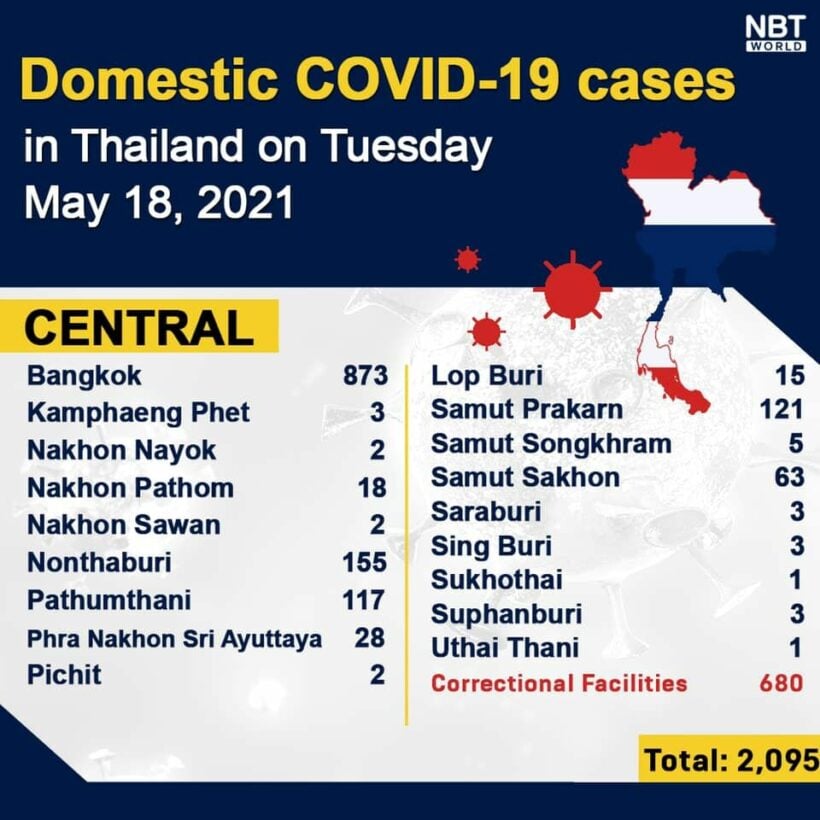 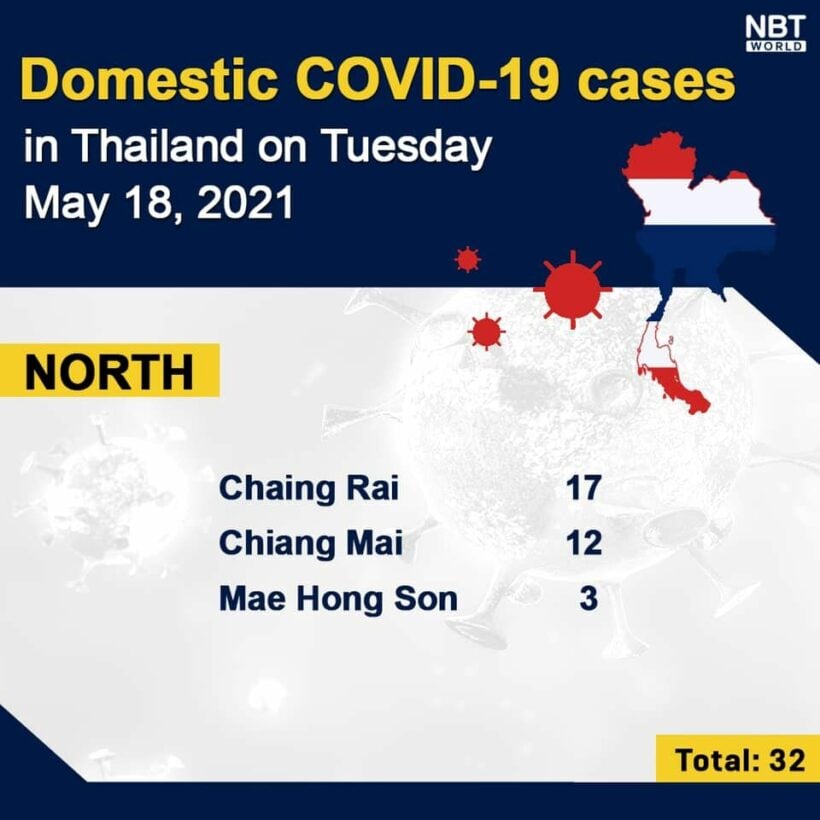 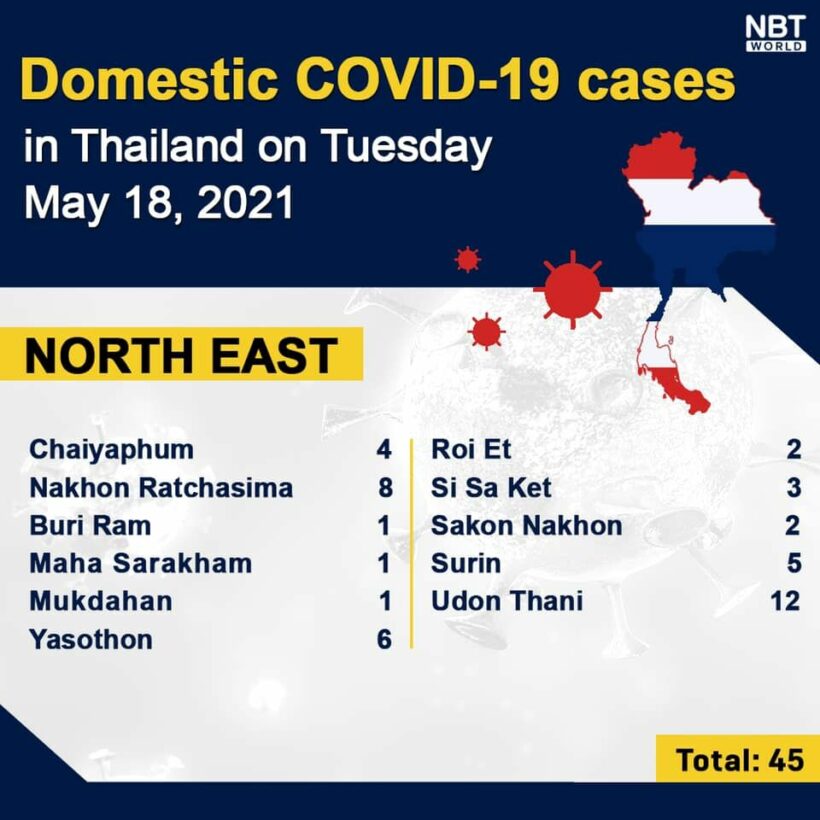 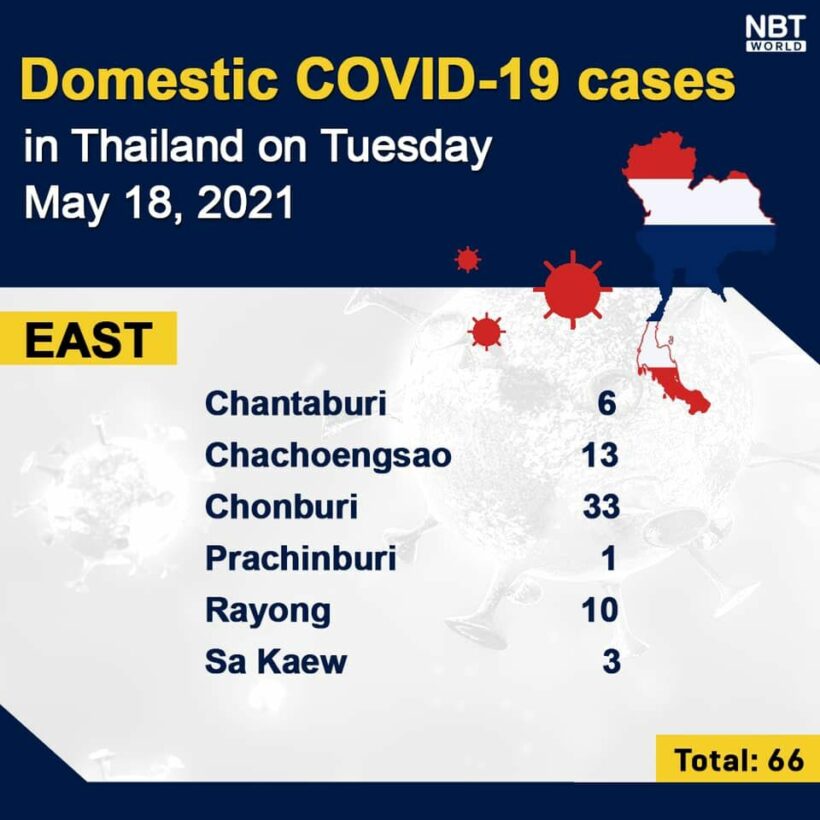 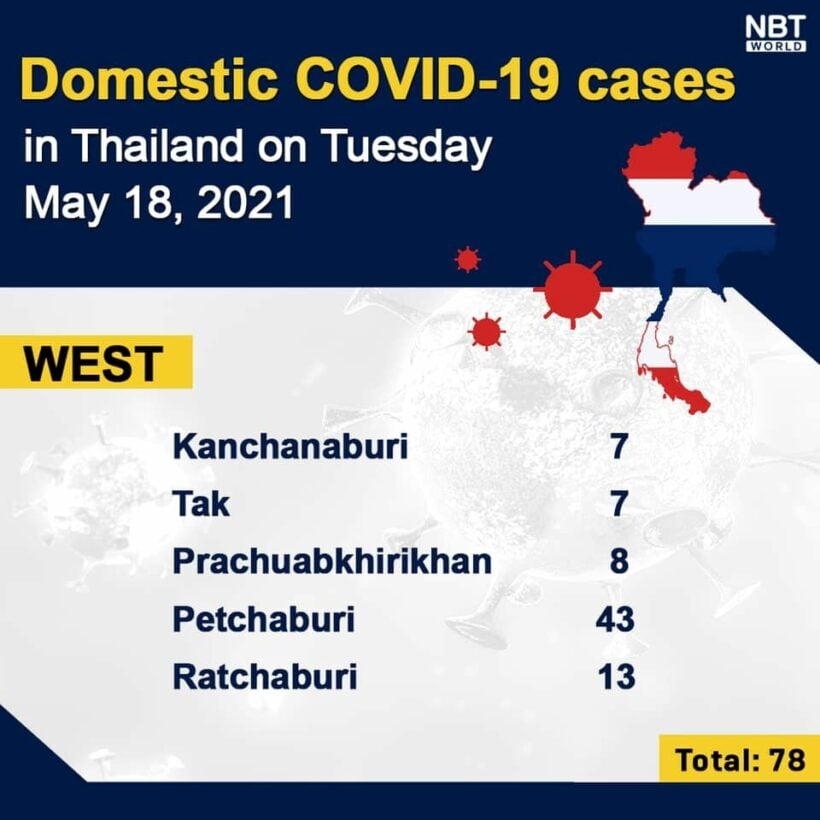 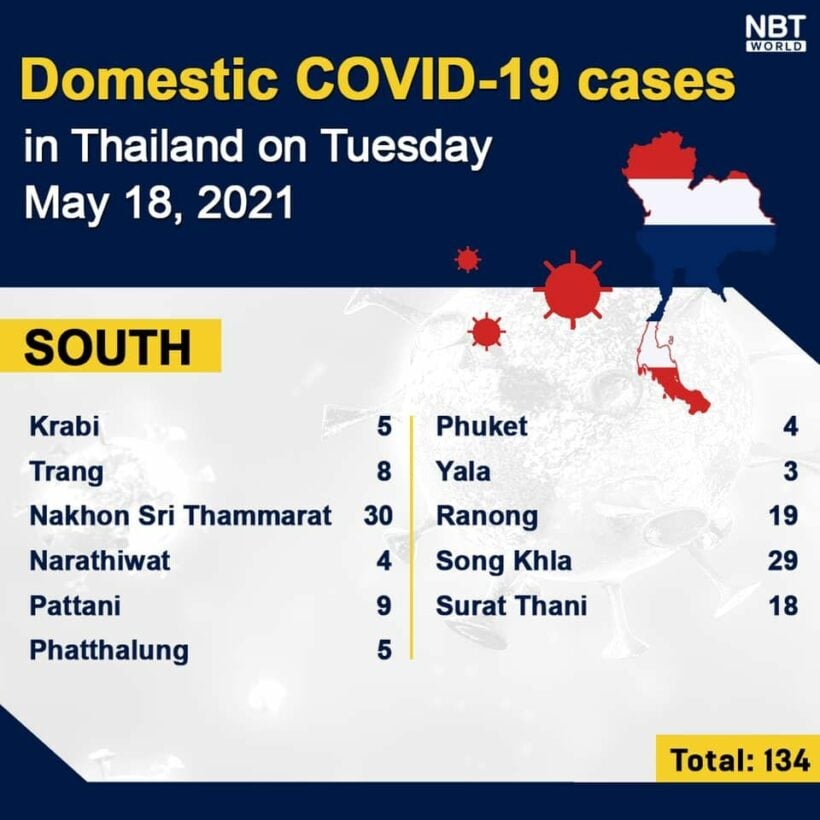 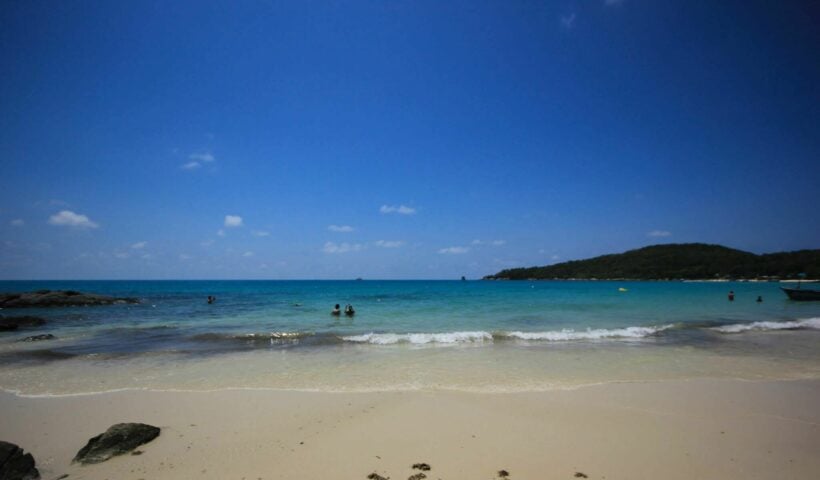 Koh Samet off the coast of Rayong has reopened to visitors after being closed for 3 weeks. The Gulf of Thailand island is safe to visit and disease control measures are being enforced, according to the Koh Samet tourism association chairperson told the Bangkok Post.

On April 27, the Rayong governor ordered for Koh Samet to be closed to visitors after 5 people on the island tested positive for Covid-19. The closure was initally set for 14 days. No recent Covid-19 infections have been reported on the island, according to the Tourism Authority of Thailand’s Rayong office.

On the mainland, Rayong health officials reported 10 more Covid-19 infections yesterday. Since April 1, the province has reported a total of 831 infections and 7 coronavirus-related deaths.

Authorities on the island are enforcing the standard “DMHTTA” disease control measures which stand for distancing, mask wearing, handwashing, temperature checking, testing for Covid-19 and checking in using the mobile application Mor Chana.

Sinovac and AstraZeneca: The 2 primarly Covid-19 vaccines in Thailand

Since Thailand started its mass Covid-19 immunisation campaign in late February, the Chinese-made Sinovac vaccine and the AstraZeneca vaccine, made in partnership with the UK’s Oxford University, have been used to vaccinate residents in Thailand.

The local firm Siam Bioscience is now producing the AstraZeneca vaccine and the first Thai-made batch is expected to be rolled out next month.

AstraZeneca: A recombinant vaccine from a modified chimpanzee adenovirus.

This is a harmless, weakened adenovirus that usually causes the common cold in chimpanzees. The adenovirus vaccine vector, known as ChAdOx1, was chosen as a suitable vaccine technology for a SARS-CoV-2 vaccine as it has been shown to generate a strong immune response from one dose in other vaccines. It has been genetically changed so that it is impossible for it to grow in humans. – Australian Department of Health

Sinovac: An “inactivated” vaccine, using inactivated virus particles to produce an immune response, a traditional approach for vaccines and the same technology used to produce the flu and polio vaccines.

The World Health Organisation says the vaccine is made by inactivating or killing the virus using chemicals, heat or radiation.

Studies are still underway for both vaccines, while more studies of the AstraZeneca vaccine have been reported. In Thailand, a recent study by Chulalongkorn’s Centre for Excellence in Clinical Virology of the Faculty of Medicine found both vaccines effective.

According to the university study…

Thailand initially used the Sinovac vaccine for people ages 18 to 59 due to limited research for the 60 and up age group. Thai health officials recently announced that recent studies show the Sinovac is safe and effective for adults over 60 years old who are in good health.

A dilemma for many expats living overseas, or those wanting to travel in the future, is which Covid-19 vaccine to get as some are not recoginsed by other countries.

Both Sinovac and AstraZeneca have met the World Health Organisation’s critieria for safety and efficacy.

Some countries may not recognise certain vaccine passports, although international tourism is still in the early stages and proposed regulations are constantly changing.

Thailand recoginses vaccines that are either approved by the World Health Organisation or by the Thai government.

The European Union plans to reopen tourism to American travellers, but they may need to have a vaccine approved by the European Medicines Agency.

Sinovac and AstraZeneca: The 2 primarly Covid-19 vaccines in Thailand

Hua Hin aiming for mass inoculation ahead of October re-opening