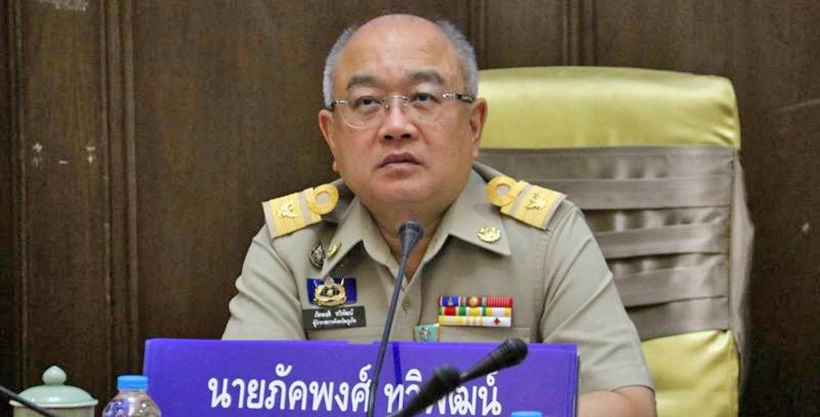 Breaking with national policy, Phuket’s governor yesterday announced forced quarantine for arrivals from South Korea, but mentioned no other “risk areas” for the Covid-19 coronavirus. Governor Phakaphong Tavipatana chaired a meeting of the Phuket Communicable Disease Committee at which four quarantine zones were announced, where arrivals from South Koreans are to remain for 14 days before being allowed to mingle with the island’s general population.

According to a report from the Phuket office of the Public Relations Department, the forced quarantine applies to any persons entering arriving in Phuket from South Korea. The report makes no mention of visitors arriving from any of the five other “risk areas” identified by the Ministry of Public Health two days ago, namely China, Hong Kong, Macao, Italy, and Iran.

The failure to mention quarantine requirements for visitors from the five other areas ignores Phuket’s refusal to allow the roughly 2,500 people on board the cruise ship Costa Fortuna, which arrived in Patong on Friday, to come ashore, due to the 64 Italians on board, and appears aimed at the hundreds of “phee noi” (little ghosts): Thai workers returning from South Korea

The Costa Fortuna departed Phuket yesterday and is now en route back to Singapore.

“To support the situation, measures have been issued for surveillance, prevention, observation of groups traveling from Korea in line with Section 34 of the Communicable Disease Control Act 2015 to protect the safety of Phuket people.”

“Travelers from the Republic of Korea must undergo inspection, surveillance, prevention, control and observation by separating, quarantining or controlling at the places specified by the Phuket Communicable Disease Committee until they are treated or no longer under suspicion of being infected.”

“Whoever violates or fails to comply with this order shall be liable to a fine not exceeding 20,000 baht under Section 51 of the Communicable Disease Act 2015.”