Since the announcement that people in Phuket could leave the island and return to their home provinces, people have been spilling out of the island since 5 am this morning (the daily curfew lifted at 4am) creating long traffic jams and queues at Tha Chatchai checkpoint. After registrations on Wednesday, over 40,000 people have signed up for the mass exodus – that’s about 10% of the island’s total residential population.

The departures are being limited to 5,000 a day.

With the island so dependent on tourism many Thais, who had come to Phuket for work in the tourist and hospitality industry, were either trapped on the island when the land, sea and air bridges were closed, or have realised that Phuket’s economy is going to be flat until the tourists start to return. 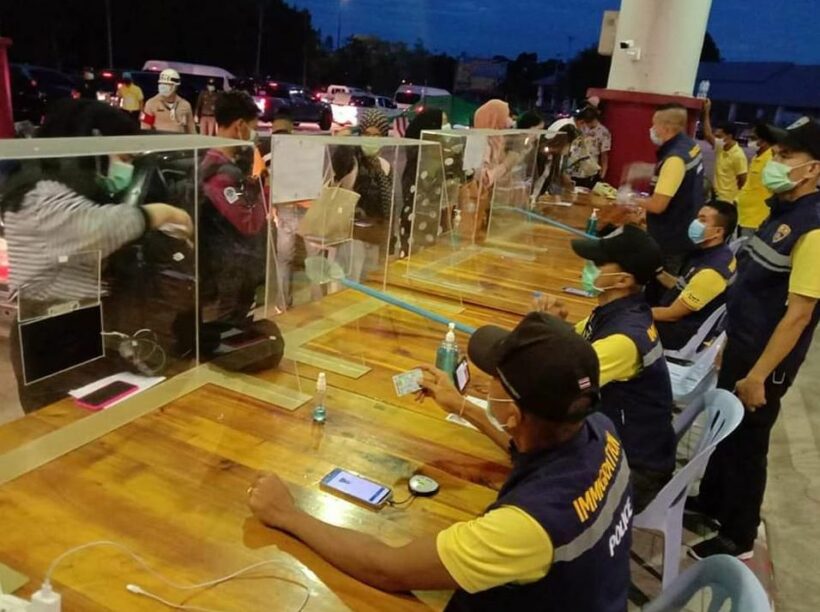 People who are domiciled in another province had to pass a screening test. At the ​​Tha Chatchai checkpoint, there were 4 stickers indicating the destinations…

People heading to other provinces have been provided with paperwork from the Phuket province as they pass through the nation’s provincial checkpoints along the way.

Mr Bancha Thanu-in, the Takua Thung district chief, says that Phuket officials have coordinated at the provincial level about allowing people, who don’t live in the Phuket area, to return to their provincial homes. People who depart the island must conduct a 14 day quarantine in their home provinces.” 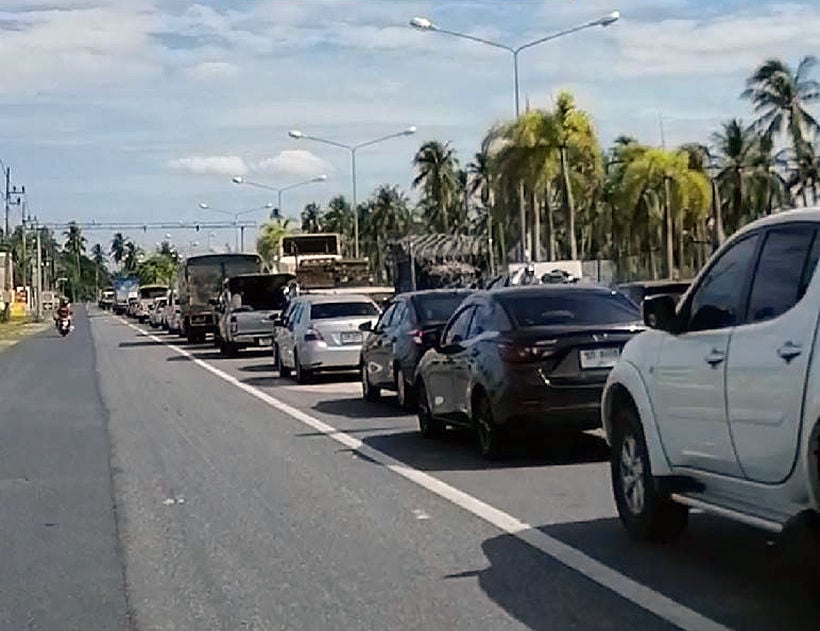