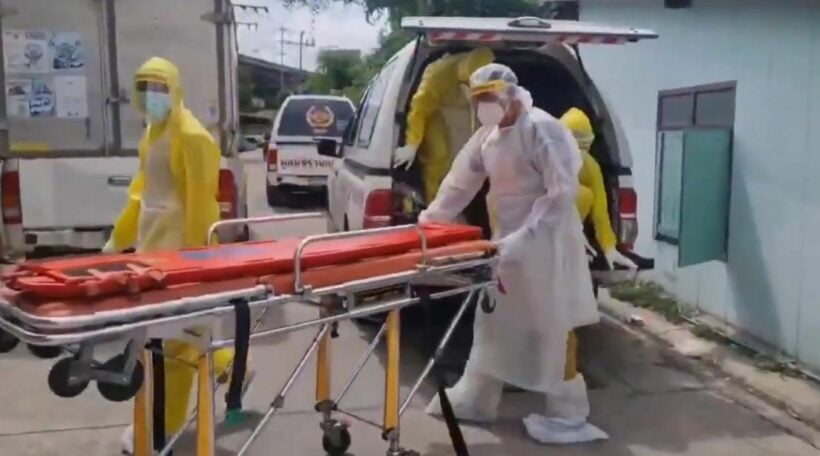 The story of the two Thai girls who woke up to find their 44 year old mother dead in their bedroom, possibly due to Covid-19, grabbed public attention and shed light on the death toll of the current wave of cases where more than 4,000 people infected with the virus have died. Medical examiners have not declared the Apaporn Suntarachon’s cause of death, but her daughters tested positive for Covid-19. The children are now under state care.

Three days before her death, Apaporn had severe symptoms of chest pain and breathing difficulties. Reports say the mother was also coughing up blood. She shared a room with her daughters, 9 year old Tanyaporn and 11 year old Samaporn. With her condition getting worse, the mother apparently told her daughters to go to an orphanage because she was dying. On Monday morning, Tanyaporn and Samaporn woke up and found their mother dead on the floor of their rented room in Samut Prakan’s Bang Phli district, southeast of Bangkok.

A video of the two girls watching their mother’s body being taken away was widely shared on social media, drawing both empathy and outrage from the public. People dressed in PPE suits with face masks and face shields put the body in a black bag and carried it on a stretcher. The girls placed their hands in a wai position and cried as their mother’s body was taken away.

Health officials tested the girls for Covid-19 with rapid test kits and the results came back positive for the virus. The children are now being cared for under the province’s social development and human security office. Chief of Samut Prakan’s child and family welfare home, Supacha Promsorn, says the office will look for relatives to care for the girls, but if no relatives are willing to step in as the children’s legal guardians, then the children will be cared for under a government programme.

Although Apaporn’s cause of death has yet to be confirmed by medical examiners, with the children testing positive for Covid-19, many suspect Apaporn was also infected. The death comes as Thailand grapples with its most severe wave of Covid-19 and the emergence of the rapid-spreading Delta variant, overwhelming hospitals and infecting more than 500,000 since April 1. With packed hospitals in Bangkok, the epicentre of infections, there have been reports of people with severe Covid-19 dying at home and even some found dead on the street.

ozvenision
possibly due to Covid-19 ?