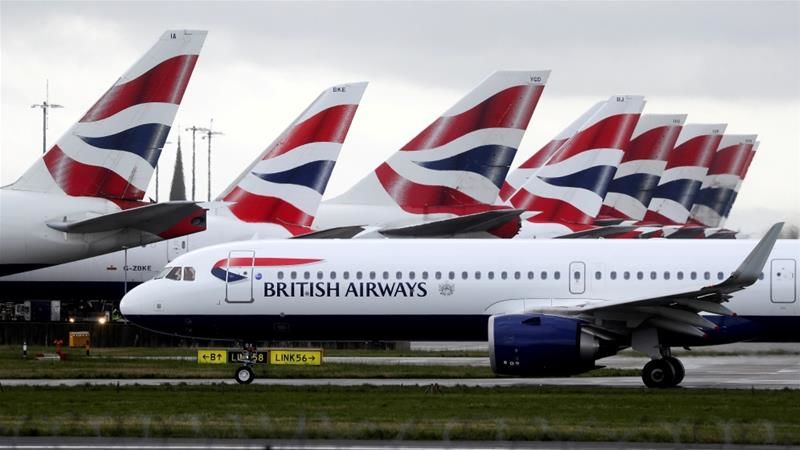 British Airways is the latest airline to cut jobs after Covid-19 sent profits into a downward spiral. The company says it has reached an agreement with its pilots that will see 350 laid off and another 300 entering a pool in which they could be rehired at a later date. The airline previously said it needed to cut 12,000 jobs and decrease pay levels for its cabin crew to deal with the profit losses in an attempt to save the carrier.

Those captains and first officers who are placed in the pool will still get half of their normal pay, and an additional 7.5% of the deducted payback upon returning to the air. The company says most of those first officers being pooled are the ones operating the Boeing 747 jumbo jets.

Flight crews will see a 15% pay cut if they agree to a new proposal, which would allow them to still work. British Airways says it is currently in talks with the UK pilots union BALPA to codify the agreements in an attempt to save as many jobs as possible. Planes were grounded in March as a result of the coronavirus pandemic, which has sent airlines worldwide into crisis. Many will never return to the skies.

In the past week Australia’s national airline Qantas has announced it doesn’t intend resumption of international flights until at least July 2021. And Thailand’s NokScoot has ceased flying and decided to wind up the business – a joint venture between Thailand’s Nok Air and Singapore’s Scoot Airlines.