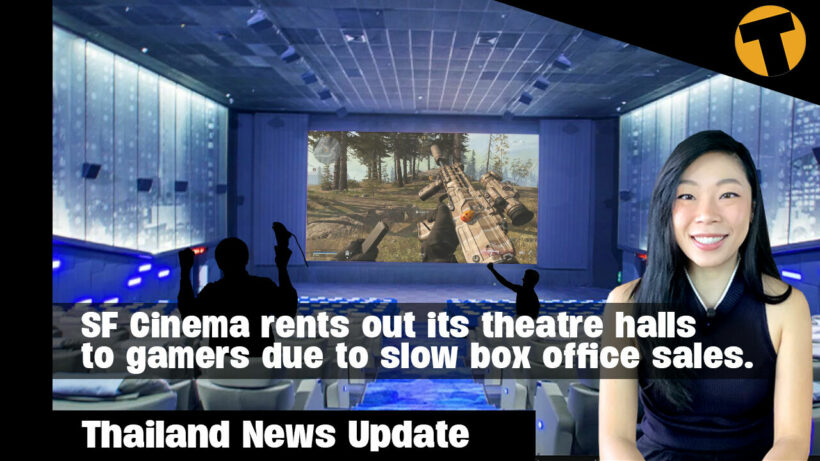 The Royal Thai Police have arrested two officers from the Cyber Crime Investigation Bureau for allegedly kidnapping a gambling couple and their child last week. The wife claimed that officers from the Cyber Crime Investigation Bureau kidnapped her and her family for ransom, after they won 2 million baht from online gambling. The woman said that she, her husband and their 11 year old child were kidnapped by a group of 15 people, including the cyber police officers. She said she gave the gang 400,000 baht and an amulet valued at 250,000 baht to be set free. Royal Thai Police launched an investigation, where they found evidence resulting in their issuing an arrest warrant for two cyber police officers and four other suspects. In addition, authorities shared they found two more former police officers, who had previously been expelled, were also involved in the kidnapping case and would summon them for questioning. The first suspected, inspector police Kom Rodpao, surrendered last Saturday, according to the Deputy Commissioner of the Metropolitan Police Bureau. Another suspect officer, Apisit Chasanteer, also surrendered yesterday, but refused all charges. Both are being held in custody without bail for further questioning.Police are now chasing up 15 other police who they want to question in relation to the incident.

The Bank of Thailand has given the humble green paper 20 baht banknote a makeover with a new note made of polyester. The polymer banknotes resist moisture and grime, resulting in a longer shelf-life. They’re also known to survive in a 16 year old’s bedroom for up to a week. The central bank started distributing the shiny new plastic greenbacks 10 days ago. The Bank of Thailand announced that people used the 20 baht banknote the most frequently, meaning they became dirty and damaged before other denominations. The material was changed from paper to polyester, a special plastic that doesn’t absorb moisture or dirt and used widely around the world now. Modern polymer banknote technology was first developed by the Reserve Bank of Australia, the CSIRO and The University of Melbourne. The new Thai banknotes come in the same pattern and colour as the old ones, but its texture is different because of the new material. The bills have a slicker plasticky texture that’s also thicker and crisper than their predecessors. The new bills also feature a transparent spot in a Thai pattern, which is apparent on both sides for added security. The bills are being distributed mainly by Siam Commercial Bank, as well as some specialised financial institutions. Meanwhile, the old bank notes made from paper can still be used as normal.

The body of a teenage boy was found lying on the road near Kaeng Krachan National Park in Hua Hin district over the weekend. Local residents told police they saw a wild elephant wandering around the community foraging for food. They believed the teenage boy might have been riding his motorbike alone in the dark when the elephant attacked him. Residents found the body and notified officers who then called in the local emergency rescue team. They identified the body of 17 year old called “Fluke” and reported wounds on the forehead, a broken neck and broken teeth. About 5 metres away, they spotted the boy’s motorbike was spotted with scratches on the frame. The footprints of an elephant were found all over the road near the scene of the apparent attack.When the locals again heard the sound of the elephant nearby, they set off firecrackers to chase it away. They suspected that the teenage victim was trying to run away, but he couldn’t make it and got trampled.

A video of a wheelchair user who got stuck on the sidewalk due to Bangkok’s governor election ads and had to take a dangerous detour onto the street has gone viral on Thai Twitter. The incident follows many more complaints about the ubiquitous election banners, which have been blocking almost every sidewalk in Bangkok. The city’s banner bombardment has given Thai netizens yet another reason to complain about Bangkok’s sidewalks, which they say already have limited walking space due to electric poles. Now Bangkokians said they’ve had to deal with more obstacles in the form of the unwelcome election ads. That’s when one Twitter user shared a video of a Western woman in a wheelchair who appeared to have a broken leg. When her partner was unable to circumnavigate an election banner blocking the sidewalk, he had to lower her chair down onto the road and wheel it against oncoming traffic, before dashing across the road, crutches in tow, to a safer stretch of footpath because they couldn’t get past the obstructing banner.The banner in this case belongs to former governor Aswin Kwanmueng, who is running for a second term for the city’s top job. He’s admitted that his ads did block the sidewalks in some areas.But he’s pinned the blame on the the company he outsourced to manage the banners, saying they hadn’t discussed how they planned to secure them in place. Aswin added that the problem would be fixed immediately, and if anyone spots a disorderly banner, they could report to him at anytime.Bangkok’s governor election is scheduled for May 22. The position was open for applicants from March 31 until applications closed yesterday. As of this morning, there were about 30 candidates interested in the position.

The Royal Thai Navy may have to wait for its submarines.The deal is under threat if China is unable to fit the engines specified in the purchase agreement, warned on Monday. The Thai PM Prayut Chan-o-cha addressed the Chinese submarine purchases yesterday following reports that a German company had refused to supply MTU branded diesel engines to China to be fitted into the Yuan-class submarines that had been contracted by the Thai government to go into service under the Royal Thai Navy. The PM, who is also the country’s defence minister, has instructed the navy to do what it can to get the deal over the line, but if China couldn’t sort out the problems in the contract, the contract would have to be scrapped. Under the terms of the original agreement, the submarine’s engines were to be supplied by Germany’s Diesel engine supplier MTU, but they’s been barred from providing the engines due to an embargo as they’d been designated for military or defence equipment. It is reported that the navy had been approached to alter the contract to replace the German engines with a Chinese equivalent which are of the same standard and specification, but the Thai navy is standing by the original contract. The purchase of the Chinese submarines has been a thorny issue since being announced, being panned in social media as a waste of money and questions about their effectiveness in the very shallow Gulf of Thailand.Back in February there was even talk about replacing the submarine purchases with two decommissioned military submarines. The Chinese, eager to find a solution, said the second hand Song-class submarines could be used for training while Thailand waits for its fancy new submarines…. With or without an engine.

Gamers everywhere are familiar with the pleasure of playing video games on the sofa in the comfort of their own living room. But just imagine the next-level fun of playing your favourite RPG or first-person shooter on the big silver screen… like the REALLY big screen, complete with a thundering cinematic sound system. That’s exactly the kind of upgraded experience SF Cinema is offering in its new campaign to rent out their theatre halls to gamers in Thailand. For gamers of all kinds — whether you game on PC, console or mobile — the time has come to battle it out on the silver screen. Last week SF Cinema announced it will now rent out theatre halls to groups of up to 10 gamers. Or you can enjoy a solo session if you so desire. Rates start at 3,000 baht for two hours and gamers must bring their own gear. Bookings are available at any SF Cinema in Thailand until May 3, 2022, and it’s recommended you book at least five days in advance. The business move comes after lacklustre ticket sales at the box office in the wake of the two-year pandemic, and the emergence of numerous movie streaming platforms have fundamentally changed the way many people watch their entreatment. The TVs have also become bigger, better, flatter and cheaper. Meanwhile, Hollywood production studios have been hesitant to release new titles, with countless movies perpetually pushed back to later dates when ticket sales are projected to improve. To fill the void of new releases during low seasons, production studios have also resorted to airing reruns of classic films, such as The Lord of the Rings trilogy, which celebrated its 20th anniversary last year.

France donates over 3 million doses of Pfizer vaccine to Thailand

Are tourists flooding back to Thailand? | GMT