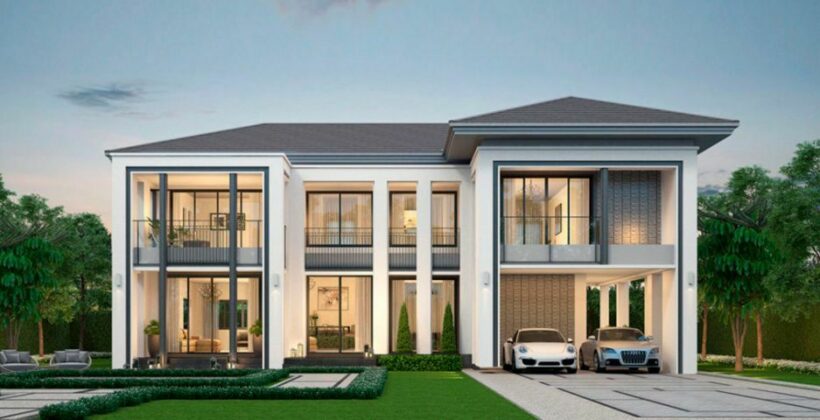 Thailand homebuilder Seacon Company Limited announced it expects a 28% increase in profits for 2022, hoping to make a staggering 2.4 billion baht in sales, as it prioritises luxury and high end properties. The ambitious sales target comes as Thailand’s first homebuilder company celebrates its 60th anniversary this year.

Nearly 2 billion of Seacon’s estimated 2.4 billion baht in sales are projected to come from Seacon directly, with another 500 million coming from Seacon ID, a homebuilding company established last year to target self-build house customers with their own concepts. Seacon’s sales target for the year are more than 1 billion baht more than its 1.3 target for 2017, which shows just how confident the company has become despite two years of a pandemic economy.

“Key engines this year remain the upper-end segment, meaning units priced more than 7 million baht. Last year, this segment saw growth of more than 85% from 2020. … Demand from those who want a self-built home in their own style is on the rise.”