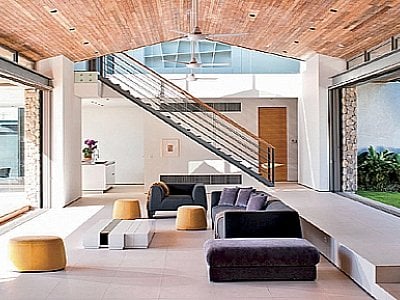 PHUKET: The hotel business in Phuket is booming as tourists flood the island, but sales of resort properties have failed to benefit, according to CBRE Research’s Phuket Property Report.

“Despite healthy increases in tourism arrivals, [for now we are not] seeing a proportional increase in sales in the resort property market. Rising tourism numbers are mainly from Asia, whose tourists have yet to become resort property buyers,” said David Simister, Chairman of CBRE Thailand.

Despite the global economic uncertainty, tourism continued to grow, with the expansion coming from Australia, China and Russia.

The Q1 average occupancy rate improved to 82.7 per cent from 80.5 per cent in Q4 of last year. High-end hotels were the best performers, with average achieved room rates of 22,835 baht for luxury hotels – up 6.8 per cent year-on-year, and 7,425 baht for first-class hotels, up five per cent.

The new supply is not confined to the West coast, but shows a wider geographic footprint, including Koh Siray, which is east of Phuket Town.

A new residential market has emerged – non-beachfront, non-resort condos – developed by Bangkok listed developers such as Sansiri and Supalai. New off-plan projects have been successfully selling condos inland aimed at local island residents. They are mainly studios of 29-37 square meters at an average price of 1.5 million baht.

Based on the company’s survey in Q1, 60 resort villas were sold. Sales were spread across all price ranges. Villas below 15mn baht made up half of sales, but at the top end, two sales were recorded in excess of 120mn baht.

The Sava across the Sarasin Bridge in Phang Nga province has reportedly sold all seven villas at prices ranging from 62 to 180mn baht, three of which were sold this quarter.

In the resort condo market, 84 units were sold. Sales were concentrated in five projects with mostly one-bedroom units at an average price of 5.9mn baht. There are about 3,700 completed resort condos in Phuket.