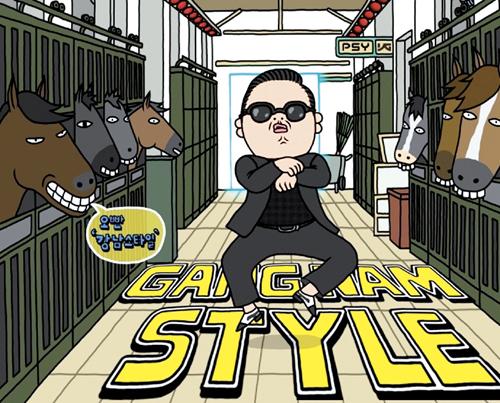 PHUKET: Were you paying attention in 2012? Test your general knowledge with these questions compiled The Green Man quiz- master Howard Digby-Johns.

In January
1) The European Union adopted an embargo against which nation in protest of continued effort to enrich uranium?

2) Which Eurozone country reported the highest level of unemployment since they first started collecting the figures?

3) Which Eurozone country reported the lowest level of unemployment since 1991?

4) Who defeated Rafael Nadal to win the Men’s Singles in Australian Open?

5) Which cruise ship ran aground at the Isola del Giglio with 11 deaths and 14 casualties?

6)Security force moved into Tahrir Square, beating and arresting protesters, using rubber bullets and tear gas. 900 died during the uprising. In which city is Tahrir Square?

7) What happened to Seán Quinn, Ireland’s richest person in 2008?

10) Fred Goodwin lost his knighthood as a result of the near collapse of which bank?

In February
11) Which social network filed for an Initial Public Offering?

12) Queen Elizabeth II marked which anniversary of her accession to the throne?

13) Which EU national flag-carrier ceased operations after 66 years of flying, as it was insolvent?

14) Eurozone finance ministers reach an agreement on a second €130-billion bailout to which country?

15) Which Tottenham Hotspur manager was cleared of tax evasion?

16) Which American singer and actress died from drowning and the “effects of atherosclerotic heart disease and cocaine use”?

17) President Mubarak stepped down in which country?

18) Christian Wulff, president of which country, resigned over a corruption scandal?

19) Which British singer and actor from The Monkees died?

In March
21) After 244 years of publication, what discontinued its print edition?

22) A thief stole what from Christ Church Cathedral in Dublin?

23) President Amadou Toumani Touré of which country was ousted in after mutinous soldiers attacked government offices?

26) Francisco Xavier do Amaral died. He had been the first President of which country?

28) King George Tupou V died. He was King of which country?

30) The 2012 Southern Thailand bombings took place in Yala and which other city?

In April
31) The National Movement for the Liberation of Azawad unilaterally declared the independence of Azawad from which country?

32) The three widows and two daughters of who were convicted of illegally living in Pakistan?

33) Pál Schmitt resigned as President of which country after his doctorate was revoked in a plagiarism scandal?

34) Spanish joblessness levels hit a record high, with youth unemployment at what level?

36) The 158th Boat Race between Oxford and Cambridge was ruined by what?

37) Ahmed Ben Bella died. He had been the first president of which country?

39) Who was found guilty on 11 counts of aiding and abetting war crimes and crimes against humanity during the Sierra Leone Civil War?

In May
41) A pastel version of which artwork sold for US$120 million in a New York City auction, setting a new world record?

42) Which former media mogul was released from prison in Miami after serving three years for defrauding investors?

43) Boris Johnson was re-elected to what post for a second term?

44) Which country shut down its last nuclear reactor, leaving it without nuclear power?

46) A Sukhoi Superjet 100 with 44 passengers crashed in which country?

47) Manchester City won the Premier League for the first time, beating which team?

48) Who died, called a craftsman who ‘changed the world with a pair of scissors and invented the wedge bob’?

50) Which singer and songwriter, best known as a member of the Bee Gees, died?

52) Canadian Luka Magnotta was arrested in Germany. Of what was he suspected?

53) A spacecraft carrying three astronauts docked manually with an orbiting module, making which country the third successfully to do that?

54) Nayef bin Abdul-Aziz Al Saud died. He was Crown Prince of which country?

55) Bankrupt car maker Saab was sold to an investment group, aiming at transforming the company into a maker of what?

56) An American civil rights figure died. What was his name?

57) Coca-Cola returned to Myanmar after 60 years, leaving only which two countries where the company does not do business?

58) The 7th prime minister of Israel died. Name him.

59) The last known Pinta Island Tortoise died at a Galapagos National Park, making the subspecies extinct. What was his name?

60) The Yugoslav war crimes tribunal acquitted who of one of two genocide counts?

In July
62) A K-pop single by South Korean musician PSY was released that subsequently has been viewed over 947 million times on YouTube. What is the single?

64) At Wimbledon, Roger Federer defeated whom to win the Men’s Singles?

65) CERN announced the discovery of a new particle with properties consistent with which boson?

66) Belarusian shot putter Nadzeya Ostapchuk was the first athlete at the London Olympics to do what?

67) Eight athletes were disqualified from the badminton women’s doubles tournament at the 2012 Olympics. Four were Chinese, two were Korean. What nationality were the other two?

68) A gunman set off tear gas grenades and shot into the audience, killing 12 and injuring 58 in an Aurora Colorado cinema, at a midnight screening of which film?

69) Which American actor from The Dirty Dozen died?

70) The youngest American astronaut to be in space died. Name the astronaut.

In August
72) The Prime Minister of which country defected?

74) The Mars Science Laboratory mission’s rover landed on Mars. What is its name?

76) A Moscow court convicted three members of which punk band to two years jail for “hooliganism”?

79) Brazilian researchers found venom from which animal can relieve erectile dysfunction in less than 20 minutes?

80) Which British entertainer died in

Phuket Lifestyle: Three New Years for the price of one