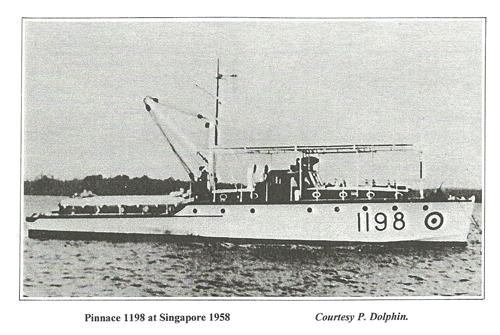 PHUKET: In the first quarter of the last century a brilliant engineer from England called Hubert Scott-Paine founded a company named Supermarine, which designed and built high performance aircraft, culminating in the legendary Spitfire of WW2 fame.

By the end of the 1920s Scott-Paine wanted a change, so he sold his shares and invested in a new venture – the British Powerboat Company – to develop his passion for high speed watercraft.

He and his company designed a number of ‘milestone’ craft; notably the first boat to exceed 100 miles per hour and the Bluebird series of world water speed record holders.

As an aside, he had a ‘test pilot’ in those early years – another speed junky called TE Lawrence – better known as ‘Lawrence of Arabia’ – who helped Scott-Paine until his untimely death in a high speed crash on his motorbike in 1935.

Scott-Paine designed and built a range of military vessels that were given the category of High Speed Launches (HSLs). HSLs performed numerous tasks in WW2, the most notable being MTBs (Motor Torpedo Boats, MTGs (Motor Gun Boats and ASRLs (Air Sea Rescue Launches). This design continued development and construction at a number of shipyards around the UK and the British Empire to satisfy the military.

Information gathered from the British Military Powerboat Trust leads us to believe that the yacht in this story was 1198 – launched in Singapore in 1953 – which served until 1970 when she was decommissioned and renamed Margaret Lee.

She was subsequently sold to a Phuket-based offshore tin mining company owned by Mom Tri Devakul where she initially operated as a crew boat for the miners but was later transferred to Le Meridien Hotel – one of Mom Tri’s many architectural and property development projects – where she performed as the hotel’s hospitality yacht until 2011.

Sea-Phuket acquired Margaret Lee while she was languishing in a Phuket boat yard in need of considerable repair, fixed the hull sufficiently to float and tow her to a more convenient workplace for a 12 month total rebuild.

The yacht was ‘bottomless’ at the stern when acquired. Most of the frames needed replacing along with the huge timber engine bearers. In the 1970s the hull had been sheathed in Polyester and chop strand fiberglass mat which was scarcely attached to the timber hull. The engines were old with only one (of the now two – originally three) almost working and were underpowered for the hull design. Above decks she maintained her basic original lines with the addition of an upper enclosed deck exceeding the wheelhouse roof level.

Additional unwanted guests, in the form of termites, had chosen to live in and eat the superstructure only balking at the double layer of Burmese teak that still formed the majority of the hull.

This was not the ‘user friendly’ layout we were seeking to achieve which was needed to carry up to 20 guests in comfort with easy access to the amenities needed to make the classic cruising experience wholesome and fun.

“Repair, replace and then improve” became the motto as 90 per cent of the frames and 25 per cent of the hull were replaced and the balance checked and fixed, as necessary. The hull was then re-sheathed in modern West System epoxy and glass fiber.

The coffin-like structure on the aft deck was removed and new decking fitted on the entire boat. A ‘day’ toilet and urinal and a small deck galley was created in the area.

The raised enclosed deck was removed and replaced with an open flying deck and all new timber was treated with coats of epoxy and anti-termite paint on installation.

An air-conditioned cabin with one double and two single berths was designed and built in the bow section along with a new toilet and shower. Engines, generator and aircon units were removed along with all old wiring and replaced with two new engines doubling the horse power of the originals and an ultra quiet generator.

Air conditioning was installed and the yacht was completely rewired.

The old ‘rod’ steering system was replaced with state-of-the-art hydraulics. A lightweight foam awning/roof was designed and installed over the (now large) open aft deck to carry the yacht’s tender and a smaller awning was installed above the Fly deck with two solar panels mounted on top. A mast with a crane boom was installed as the mechanism for
lifting the tender.

The resulting Marie G exceeded all expectations in terms of appearance, comfort and usability. With some fine tuning, she will also exceed initial performance estimates. Finally she has – with no surprises here – vastly exceeded the early budget assumptions but, as she is now a true ‘Gentleman’s Yacht’ of the 1920s and 30s style, there is no doubt in her ability to repay the investment as a unique addition to the charter yacht fleet here in Phuket.

From the bow heading aft, her new configuration is now as follows: The fore deck has a large open area to be utilized by the sun seekers and the coach roof has a full size mattress for lounging.

The wheelhouse and engine room stand aft of the fore deck with a covered flying deck above the engine room with seating for up to 4 people.

The fully-covered aft deck has been configured for relaxing, dining and partying with sofa seating for 12 people. It also contains the galley and a toilet for the guests.

The following individuals and organizations took a keen interest in the project and should not go without mention:

And finally but most significantly, Captain Bao assisted by Arkom and Sut who worked tirelessly for over a year controlling the whole process whilst, incidentally, running Marie G’s older sister – the 100 Year Old Schooner Seraph.

Phuket Health: Being strong and balanced