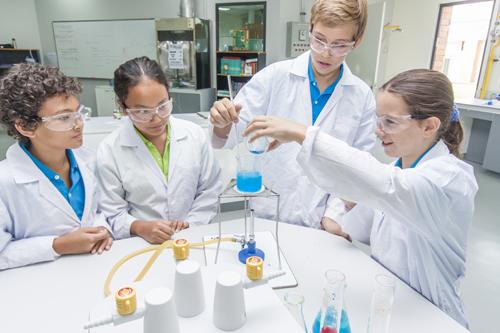 PHUKET: In a recent edition of the British newspaper, the Weekly Telegraph (February 12-19, 2013), Suzi Dixon examines the lot of internationally mobile parents seeking an appropriate education for their children. Essentially, she compares International Baccalaureate (IB) programs with the International General Certificate of Secondary Education (IGCSE).

Ms Dixon begins her article by noting that many schools use curricula specially designed for such global families, “notably the highly respected International Baccalaureate program.”

She goes on to point out that the current UK government was intending to offer an IB-style qualification from 2015 on.

“The fear was that grade inflation in the GCSEs and A-levels were devaluing the qualifications – and that IB could offer a rigorous curricula as well as practical skills, logic and reasoning,” she said.

Of course, the current UK government has abandoned these plans, so it looks as if the GCSE will stay for a while in England, as will the IGCSE, which many schools – particularly those offering a British curriculum – use in what are termed ‘overseas schools’.

In her article, Ms Dixon goes on to investigate which schooling system, IB or IGCSE, works best for individual children and families. Of course, for families out of England (not the UK as a whole, for Wales has had its own Baccalaureate for many years and Estyn, the Welsh education and training inspectorate, speaks highly of the ‘Welsh Bac’) it may make perfect sense to continue with a program based on English norms and educational values, particularly if their overseas sojourn is for a limited period of time.

But what about internationally-minded parents, of any nationality, who want a really good international education for their children, which is not based on English or American educational standards?

This is where the IB comes in, for it offers a full range of programs from the age of five through to the age of 18, namely the Primary Years Program (PYP: ages 5-11), the Middle Years Program (MYP: ages 11-16) and the Diploma Program (DP: ages 16 -18). Tellingly, many British or American overseas schools adopt variations of national curricula for the primary and middle years, but then turn to the DP for the vital two years prior to university entrance: for they recognize that the IB is a ‘safe pair of hands’,
particularly for the final two years of education.

But what about other IB programs? Well, both the PYP and the MYP are based on solid research and best practice and their quality is well-known internationally. But what about England? How does English research view these programs?

In February of this year, the highly regarded National Foundation for Educational research (NFER), which is the UK’s largest and most respected independent provider of research, assessment and information services for education, released a comparative study which indicates that UK students enrolled in the MYP stand out in many ways.

The NFER study compared and contrasted the MYP with the GCSE and the IGCSE and the following are the key findings of the report taken from the IB press release:

The MYP covers all the main areas that the GCSE and the IGCSE do, and in some cases goes above and beyond, incorporating additional areas of study.

Non-scholastic attributes such as international and civic mindedness were more pronounced in the MYP students, along with the expectation to develop higher-order thinking skills.

Science, mathematics and English are relatively well-matched across the three qualifications with the following notable distinctions: Science and mathematics are less prescriptive in the MYP; MYP science includes elements that are not included in the other two programs; discrete mathematics is exclusively in the MYP domain, although calculator work is not; only the MYP includes study of visual communication skills as part of its curriculum in English.

If you are a parent living in Phuket, you may be interested to know that there is only one school implementing the MYP. It is the Phuket International Academy Day school (PIADS), an IB World School which not only has high academic standards, but also is a world leader in evidence-based social and emotional learning. Situated in a natural and safe environment on the edge of the Khao Phra Thaeo National Park, it is the only school on the island which is committed to all three IB programs. If you are internationally-minded parents, it might be a good fit for you and your family and the school would welcome a visit from you.

For more information about the research and study mentioned in this article click here.

Keep checking our Phuket Lifestyle pages for the latest lifestyle features from across the island. Join our Facebook fan page or follow on Twitter at @PhuketGazette.

Phuket Pets: As sweet as sugar