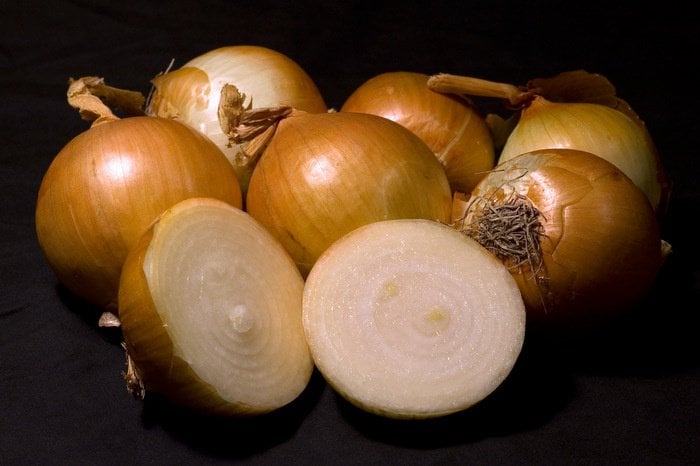 PHUKET: My good friend Sam Wilko, known to Gazette readers as resident gourmet, sent me a fascinating article about the onion and suggested I write about it. So, here are some appropriated facts about the humble onion – plus a few of my own.

It is the world’s most widely grown vegetable. About 175 countries cultivate it – twice the number that grow wheat, the world’s most abundant crop. Moreover, it is probably the oldest edible vegetable to be cultivated for food, surfacing in Egyptian books some 4,000 years old that identify a cuisine, according to French hisotrian Jean Bottero, of “striking richness, sophistication and… artistry”.

Its botanical name, allium cepa, marks it out as an unlikely member of the lily genus. Its blue-rounded umbels, borne at the end of long stems, are so attractive in their own right, they may have provided its original raison d’etre.

Indeed, flowering onions have recently been finding favor as a fashionable and sculptural addition to urban rock-gardens.

Most onions, however, never reach the flowering stage, since every cook wants to get their hands on the succulent bulb before it starts giving up its goodness. As with pumpkins, growers vie with each other to produce the biggest: currently the record, at over 18 pounds, is held by a British farmer.

Despite its ubiquity, the onion is mostly imported into Thailand, for the simple reason that the neighboring countries of India and China produce roughly half of the world’s crop. The Kingdom can and does produce onions, but because they are durable and transportable, it makes more sense to import them.

Moreover, they are essentially a cool-climate vegetable, making it a tad hot for them here. I have yet to see a row of onions growing in Phuket. Dear gardener, let me know if you have succeeded in this endeavor. I would be delighted to hear from you.

The trick with cultivating good onions is deep, well-prepared, organo-rich soil. Well-rotted manure, worked in deeply, will improve the quality of the crop. Wood ash can usefully be added to the top soil.

They can be propagated from seed, but it must be fresh else germination will not occur. Prick them out when two inches tall and put them in individual pots before transferring to open ground. Or, the seed can be sown in rows and the seedlings thinned out as they develop.

More often though, onions are grown in sets. The small bulbs can be planted in a row a few inches apart. Water and feed the plants regularly. An onion is 89 percent water, after all.

When growth slackens, and the green tops – which consist of a fan of hollow blue-green leaves – begin to sag, bend over the remainder to encourage further plumping of the bulbs. If the surplus soil around the onion is pared away to expose its upper half, it will be easy to see when the onion has stopped putting on weight. Lift them when they are fully developed and dry out the bulbs in the open air. If you intend to keep them longer, then move to a cooler place. Otherwise, packed with energy, they will begin to sprout after a couple of weeks.

The most common variety of onion is the yellow type, exemplified by such traditional cultivars as Ailsa Craig and Autumn Queen. This is the one you will find in your local fresh market, ranged alongside the so-called red onion (in fact purple) which is smaller and somewhat sweeter – hence its appeal as a colorful ingredient in salads.

Other members of the clan include shallots which produce clusters of small bulbs in the same way as garlic, and are therefore referred to as multiplier onions.

While onions are exceedingly good for you, with high levels of vitamin B and lots of trace elements – manganese, magnesium, phosphorus, iron and zinc – they do contain eye irritants which are released, as we all know to our cost, when they are cut open.

Perhaps lesser known, is the fact that onions are potentially lethal to domestic pets such as cats and dogs. For the would-be grower, there are some persistent pests: eelworms, which unseen, attack the roots; and onion flies, which appear as if by magic when the bulbs show any tendency to rot.

Not a happy note on which to end. Instead, let’s just imagine a stew, a shepherd’s pie, or boeuf bourguignon, devoid of this indispensable ingredient.

Catch Patrick online at PhuketGazette.net Sunday morning next week, when he looks at the effectiveness of Ashok Trees for screening one’s property.