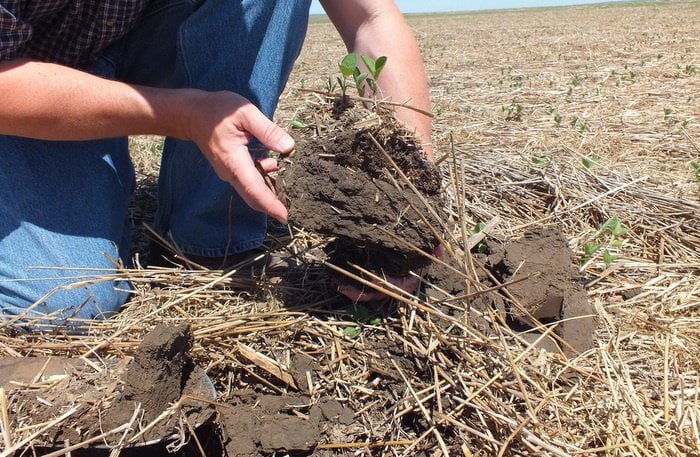 PHUKET: When steam radio was in its heyday, an English comedy show called ‘Beyond Our Ken’ had a ‘joke’ gardening expert called Arthur Fallowfield. His answer to every query, couched in a ripe west country accent, was: “The answer lies in the soil.” Hardly earth-shattering (if you’ll pardon the pun), but true as well as trite.

After all, soil is one of the essential constituents of our aptly named Planet Earth. Essential for plant growth, it has been recently estimated that one square meter of the stuff contains 2,000 different species as well as bottling up massive amounts of potentially harmful carbon dioxide – which plants are able quietly to dispose of. Even more extraordinary, a mere pinch of top soil contains billions of bacteria. No one knows precisely what most of these micro-organisms do, since most research into matters ecological has concentrated on things above ground.

But we do know a few facts. Top soil consists of four elements: mineral matter, organic matter, air and water. The mineral constituents are the result of the eons-long breakdown of rock into tiny particles of sand, silt and clay. The organic element is derived from the much more rapid decomposition of organic material such as fallen leaves, much of which is consumed by detritivores such as earthworms and converted into valuable humus.

Air and water inhabit the spaces between the fragments of soil. They are both essential for plant roots. Too much compaction, which is especially common with clay-based soils, will close most of these spaces, with the result that the earth will become sour and sodden with too much water, or stifling from lack of air. Most roots grow in this uppermost layer which is biologically active and is directly affected by weather. Improving it has the most beneficial impact on plant health.

You can test the composition of your soil by using a simple expedient. Put a sample of top soil in a glass, fill it with water and shake vigorously, then allow it to settle until the water is nearly clear. The larger grains of sand will settle at the bottom: above will be finer particles of silt and clay. The organic matter should float.

Soil’s chemical composition, its acidity or alkalinity, is measured by the PH factor. Organically rich soils tend to be more acidic and are better for evergreen shrubs including azaleas, hydrangeas, heathers, hibiscus, magnolias and most ferns. A reading of 5.5 or lower indicates an acidic soil.

Phuket’s soil is, in any event, less than ideal. True, we mostly position our gardens in low-lying areas and mountain valleys where the top soil is theoretically more plentiful than on hillsides, where weathering and erosion has caused the underlying granite to become exposed, leaving very little tillable earth. But if you examine any building site where the earth has been excavated – and there are plenty to choose from – you will see that the darker top soil is in fact a narrow layer, maybe a foot deep or so.

Worse, all those back hoe excavations scour the top layer and often dump tons of subsoil on top of it. This subsoil, much less hospitable to garden plants, has a characteristic orange color in Phuket. It looks attractive but is mostly composed of coarse grit and clay. Rubble from construction and lime from cement run-off increase the levels of alkalinity. Furthermore, in dry weather this subsoil can be almost unworkable and roots will struggle to penetrate it.

The ideal soil for your garden is loam which is mostly composed of top soil. It contains sufficient air spaces for healthy roots and enough organic material to encourage growth. It tends to have a neutral PH. Add compost or additional top soil to your garden beds if they are deficient in organic material. And since the recent heavy rains have leached away most of the nutrients, add some fertilizer. Finally, aerate your borders and beds by forking them over when conditions allow. Hard work, but worth the effort in the long term.