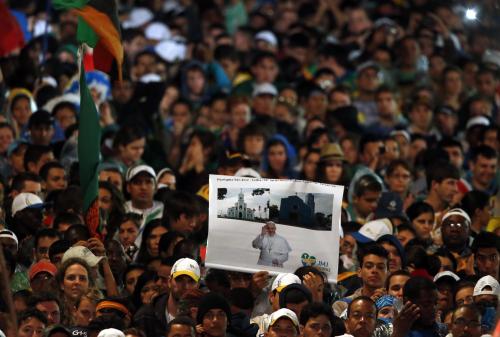 PHUKET: A hot air balloon carrying eleven people crashed into a lake in the Netherlands on late yesterday evening, injuring two of the people on board, emergency services said. The exact cause of the accident was not immediately known.

The accident happened at around 9:40pm when the hot air balloon came down in Gooi Lake near the city of Almere, which is located in central Flevoland province on the artificial island of Flevopolder. The crash was witnessed by a few dozen people who were on land nearby.

“The rescue boats from Huizen and Blaricum were immediately alerted. Rescue boats from two rescue brigades and one boat from a local salvor also came to the scene,” Coast Guard spokesman Peter Verburg said.

“At 9:50 p.m. a report came in that all occupants were safe ashore and that police, fire and ambulances were at the scene.”

Verburg said two people were injured in the crash and were transported to a local hospital by ambulance, but their conditions were not immediately known. The exact cause of the accident was also not immediately clear, but officials said an investigation is being carried out by provincial police and the Environment and Transport Inspection (ILT).

Hot air balloon accidents are fairly uncommon, although deadly crashes have taken place in recent years. On February 26, nineteen people were killed and two others were seriously injured when a hot air balloon caught fire and crashed near the city of Luxor in southern Egypt, making it the world’s deadliest ballooning disaster in history.

Prior to that, in January 2012, eleven people were killed when a hot air balloon hit wires on a power line and crashed in the Wellington Region on the North Island of New Zealand. The second deadliest ballooning disaster in history occurred in August 1989 when two balloons collided over Australia’s Northern Territory, causing one of the balloons to crash to the ground and killing all thirteen people on board.

PHUKET: Tens of thousands of young Catholics from around the world flocked to Rio’s famed Copacabana beach to kick off a youth festival that will feature several appearances by Pope Francis.

Bikinis and beach volleyball gave way to rosaries and prayers for world peace as youths settled on the urban shoreline for a night of religious events related to World Youth Day, a biennial gathering of young Catholics.

The 76-year-old pope, the first pontiff from Latin America, took a rest day yesterday after a tumultuous welcome during his arrival on Monday that prompted security concerns when police failed to contain frenzied crowds that mobbed his car.

As Brazilian officials worked to avoid a repeat of such incidents for the remainder of his weeklong visit, Catholic youth, waving their national flags and singing religious songs, gathered along the beach for an evening Mass.

Musicians and dancers entertained the youths, who braved a chilly drizzle. The beach, lined with a series of large monitors, was the site of an evening Mass by local priests and Vatican officials. Later in the week it will serve as an altar for two big appearances by Francis.

A metro malfunction in the evening left some stations out of service for two hours, leaving some people stranded on their way to the inaugural Mass.

Francis, meanwhile, rested at a Church residence and recovered from jet lag ahead of a rigorous five days during which he will preside at about a dozen events before returning to Rome on Sunday night.

The security scare on Monday occurred when his driver took a wrong turn in central Rio. The street had no barriers, which allowed a crowd of well-wishers to swarm the car and reach through the open window to touch the pontiff. Bodyguards moved in to push back the crowd. At one point, the crowd was so heavy that the car was forced to a halt.

On Wednesday, the pope flies by helicopter to Aparecida, about 260 km (162 miles) away, to visit the shrine of the Madonna of Aparecida, whom Catholics venerate as the patroness of Brazil.

In the afternoon, he returns to Rio to visit a hospital run by the Franciscan religious order and address young people taking part in a drug rehabilitation program.

Benedict XVI, now “pope emeritus,” was scheduled to make the trip to Brazil for the youth festival before he resigned on February 28, becoming the first pope to step down in 600 years.

The visit to the Aparecida shrine, the hospital and a slum once controlled by drug lords on Thursday were added to the program at Francis’ request after he was elected on March 13.

PHUKET: Dennis Farina, a Chicago police officer who went on to become an actor and played Detective Joe Fontana on the NBC legal drama television series “Law & Order,” died Monday at a hospital in Arizona, his publicist said. He was 69 years old.

Farina, who was born in Chicago and served on the city’s police force for eighteen years, died early Monday morning at a hospital in Scottsdale, Arizona, with his girlfriend of 35 years, Marianne Cahill, at his bedside. Publicist Lori De Waal said the actor died of a blood clot in his lung.

“We are deeply saddened by the loss of a great actor and a wonderful man. Dennis Farina was always warm-hearted and professional, with a great sense of humor and passion for his profession,” De Waal said in an e-mailed statement. “He will be greatly missed by his family, friends, and colleagues.”

The publicist asked Farina’s family to be left alone to allow them to grieve in private. “We hope that he finds a new life where great roles are plentiful and the Cubs are always winning the pennant,” she said.

“We ask that the press refrain from contacting his family at this time so that they can mourn their loss together.”

While still employed as a Chicago police officer, Farina served as a police consultant for director Michael Mann who eventually gave him a small role in the 1981 film “Thief.” He went on to moonlight as an actor in the Chicago theater scene before Mann chose him for his “Crime Story” series on NBC.

His TV roles included Albert Lombard on the crime drama series “Miami Vice” and Victor Pellet on the comedy “In-Laws.”

But one of his most not