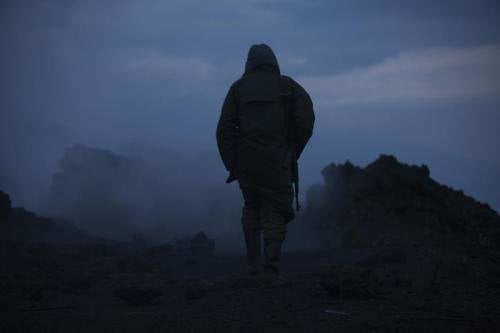 
Congo’s poachers threatened with U.N. sanctions
Reuters / Phuket Gazette
PHUKET: The U.N. Security Council warned on Thursday that it would sanction individuals and entities supporting militants in the Democratic Republic of the Congo through illegal wildlife trafficking.

The council’s unanimously adopted resolution on Congo extended the arms embargo and other sanctions aimed at curbing decades of conflict in the country’s vast eastern territories, where numerous armed groups continue to wreak havoc.

It said that among those who could face an international travel ban and asset freeze are “individuals or entities supporting armed groups in the DRC through illicit trade of natural resources, including gold or wildlife as well as wildlife products.”

It is a new trend for the Security Council. Earlier this week, the 15-nation body said its targeted sanctions regime for Central African Republic (CAR), where many elephants have been slaughtered for their ivory tusks, would also take aim at wildlife poaching in the conflict-torn country.

The World Wildlife Foundation, an environmental lobby group, welcomed the council’s decision to target Congo’s poachers, saying it was “a critical step today in tackling elephant poaching and illicit ivory trade by addressing the link between instability in (Congo) and wildlife trafficking.”

U.S. Ambassador to the United Nations Samantha Power also welcomed the council’s decision on Thursday, saying “it should help not only in promoting stability, but also in protecting our endangered species around the world.”