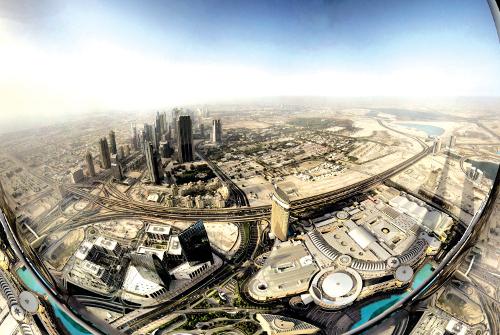 PHUKET: Under the directive of HH Sheikh Mohammed bin Rashid Al Maktoum, Vice President and Prime Minister of the UAE and Ruler of Dubai, UAE Ministry of Economy recently announced that preparations for the 4th Annual Investment Meeting (AIM) scheduled from 8 to 10 April 2014 at the Dubai International Convention and Exhibition Center are in full swing.

Delivering the speech on behalf of HE Sultan Bin Saeed Al Mansoori, UAE Minister of Economy, HE Abdulla Al Saleh, Undersecretary, UAE Ministry of Economy, Foreign Trade Sector said that the past three editions of AIM succeeded in putting the spotlight on challenges and opportunities facing investments in the region and globally. He added that the fourth edition comes at a time the UAE has moved to the forefront as a key investment destination globally.

Al Saleh said that the UAE had become a tier-one investment destination thanks to its conducive business environment backed by its unique features and advantages like its strategic location, logistics infrastructure, high flexibility and increasing inflow of foreign investment. In Al Mansoori’s speech, delivered by the undersecretary, Al Saleh lauded the UAE government’s initiatives in maintaining a lead position when it came to international and regional investment inflow.

This year’s meeting will focus on the theme “Investment Partnerships for Sustainable and Inclusive Growth in Frontier and Emerging Markets”. Representatives of 165 countries have been invited to the forum that is expected to attract over 10,000 visitors.

HE Al Saleh said that the AIM 2014 comes at a time when global growth is still in low gear and the drivers of growth are shifting, according to the IMF’s latest World Economic Outlook (WEO) report. The IMF had forecast global growth to average 2.9% in 2013. However, much of the pickup in growth is expected to be driven by advanced economies.

Speaking about UAE, HE Al Saleh said: “In the UAE, the economy is back on the growth path, thanks to a balanced national strategy based on our comparative advantages and supportive policies toward entrepreneurship and private sector development. Increased government spending and a significant resurgence in tourism, transport and trade has contributed to this upswing.”

On UAE’s Expo 2020 win, HE Al Saleh said that the successful bid will whet the appetites of foreign investors to invest in UAE services sectors in 2014. He commented: “For the first time, developing countries absorbed more FDI than developed countries, with a 52% share.”

He said that AIM has attracted the participation of a variety of economy ministers, undersecretaries, decision-makers, economists, experts and analysts, businessmen and investors in addition to the media of the world and the region.

Al Saleh stressed that the UAE has succeeded in attracting FDI through globalization and its strong role as a prominent player in the modernized globalized economy. Al Saleh added that the UAE has the advantages of the ideal economic and investment environment supported by a modern integrated structure of airports and ports, communications, transportation and logistics services.

Mr Dawood Al Shezawi, CEO, AIM’s Organizing Committee said that international and regional investors are keen to attend this global event that will review a host of investment options, and share practices and experiences, with a focus on simplifying and maximizing investments in emerging countries. He noted that the event will see participation of more than 10,000 senior officials from the UAE and the world.

The inaugural session on April 8 will witness the release of the foreign direct investment report for 2013, and discussions on legislative and regulatory frameworks for investments. This year, the new addition will be the Ministerial Roundtable, a high level forum involving ministers from various countries, business leaders, representatives of multilateral agencies as well as world renowned experts from research centers and academia.

Al Shezawi said that AIM 2014 will look into investment opportunities in emerging markets in Asia, Africa and the rest of the world. Al Shezawi concluded: “The forum will focus on the challenges facing the global economy and their impact on foreign direct investment as well as the necessary legislation to promote investment partnerships and maximize investments, mergers and acquisitions. AIM will also assess significance of investing in different economic sectors and other issues critical to investments in modernized global economy.”

The Phuket Gazette and PGTV are proud media sponsors of the 10th International Property Show (IPS), which will coincide with the Annual Investment Meeting 2014, from April 8-10 in Dubai and is expected to attract 300 companies from 80 countries.

Phuket Finance: Sri Lanka could be the next frontier for investors