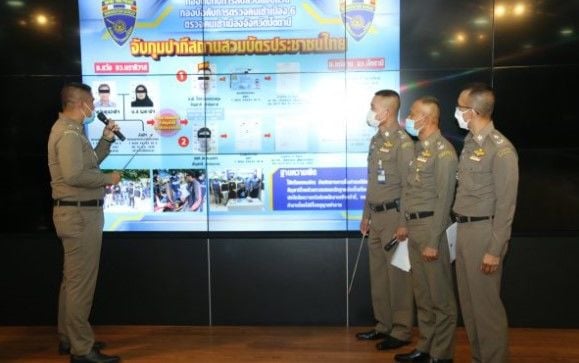 Thai immigration officials have arrested 2 Pakistani men who were using fake Thai identification cards. Now the officers have opened an investigation to see if more foreigners might be connected to the case and are living in Thailand with a fake ID.

Immigration officials in Pattani, in the far south of Thailand, were recently tipped off about a foreigner with a fake Thai ID who sells a variety of things from clothes to smart phones. When officers found the man in a local village and searched his ID in the database, they discovered a report filed for identity theft by the owner of the card. The card showed up in their database as “cancelled” due to identity theft. The real owner of the card had filed a report to cancel the card.