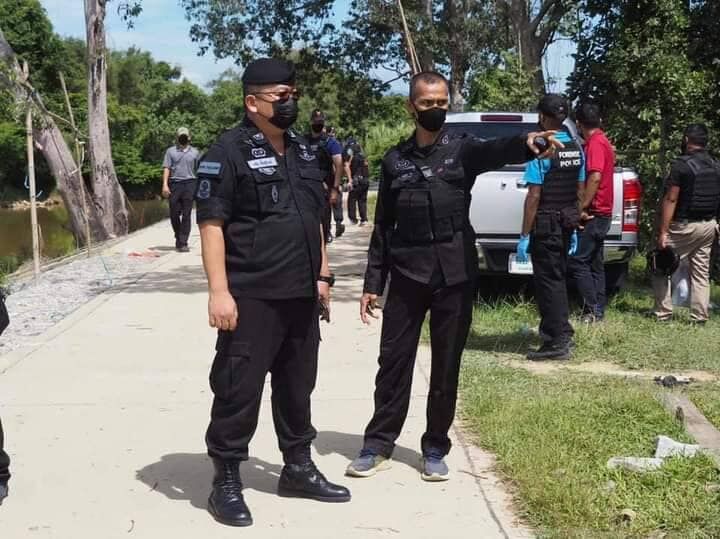 A volunteer ranger was killed in a grenade attack by suspected insurgents at a Thai army camp in Narathiwat, a province in Thailand’s Deep South near the Malaysian border with ongoing violence related to the religious separatist insurgency. Four soldiers at the makeshift base were injured in the attack.

The army set up a small camp along the Sungai Kolok River in the Tak Bai district to patrol the natural border separating Thailand and Malaysia. 8 soldiers were at the camp at the time of the attack.

Around 15 suspected insurgents attacked the army camp from the Malaysian side of the river, firing grenades using a M79 grenade launcher, throwing pipe bombs, and firing automatic weapons, a soldier says. Soldiers responded with gunfire. A volunteer ranger was killed in the attack. Four other soldiers were injured and were taken to Sungai Kolok Hospital for treatment. Their injuries were not life-threatening.

“There was an exchange of gunfire for about 15 minutes until the other side stopped firing and probably fled the scene after realising that they could not seize the camp… Once the smoke cleared up, we found the body of volunteer ranger Kiattikhajorn Nakhadee with multiple gunshot wounds along with over 50 bullet casings and some 10 exploded pipe bombs.”

Regiment chief Colonel Thaweerat Benjathikul suspects the attack was over the recent extrajudicial killing of suspected insurgent Rosali Lamso who had nine court warrants out for his arrest, including murder charges, multiple attacks using grenades and insurgency-related robbery. A Thai government had surrounded a home in the nearby province of Pattani where insurgents were believed to be hiding. Those inside fired shots at officers, who then responded with gunfire. Rosali’s body was found after gunfire ceased.

“The soldiers were prepared as we expected an attack and were able to prevent insurgents from seizing the camp, though the attack has resulted in the tragic loss of an Army personnel.”