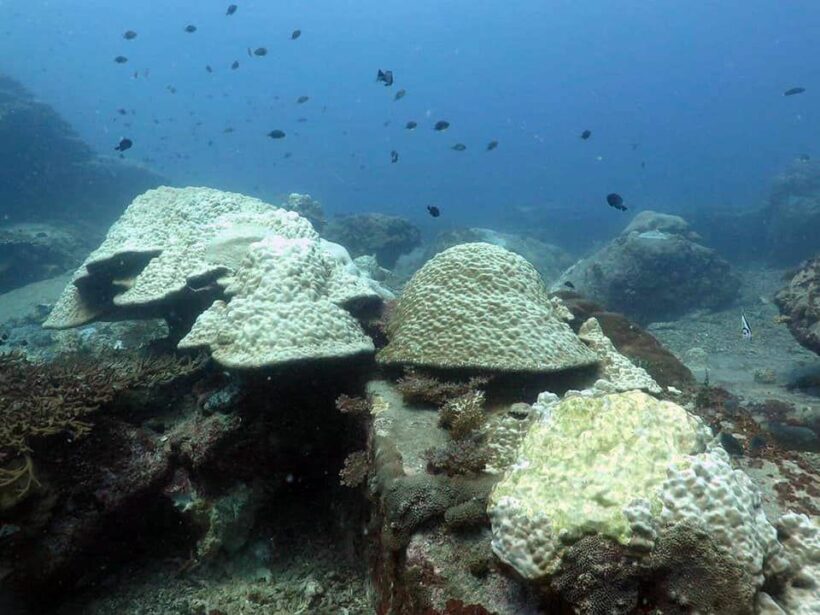 Corals at Koh Losin, off the coast of Pattani in the south of Thailand in the Gulf of Thailand, have started to bleach and are reported to be in a ‘critical situation’.

Dr Thon Thamrongnawasawat, assistant dean of the Faculty of Fisheries at Kasetsart University and a marine biologist says, “Koh Losin is in the Gulf of Thailand which is far from the coast in Pattani.”

“The sea water temperature is at 31 degree Celsius, which is over the limit for coral bleaching.”

“Most of them are corals which are bleaching are in shallow areas. This means that sunlight has contributed to the bleaching. Deeper water temperatures are colder. Similar to others areas in Thailand.” 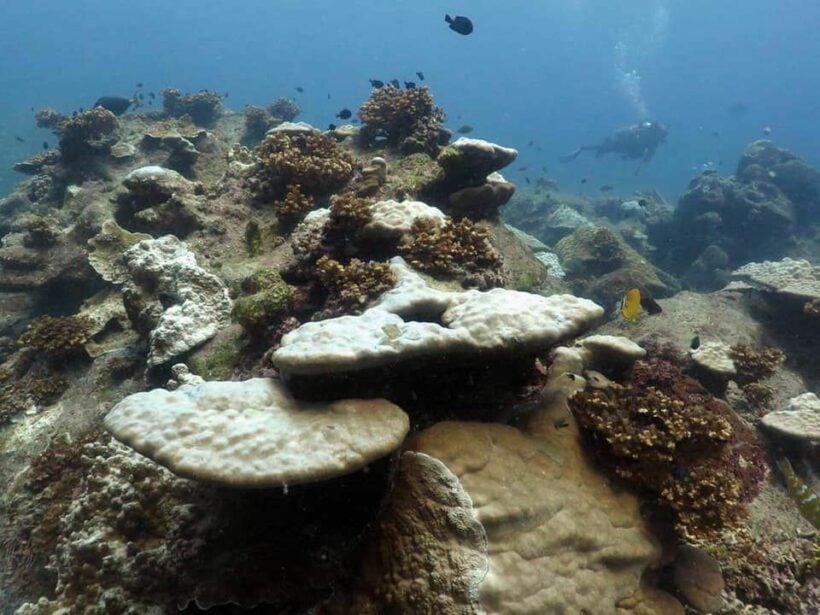 Ouch! Man falls from mango tree, ends up with metal rod through his testicles