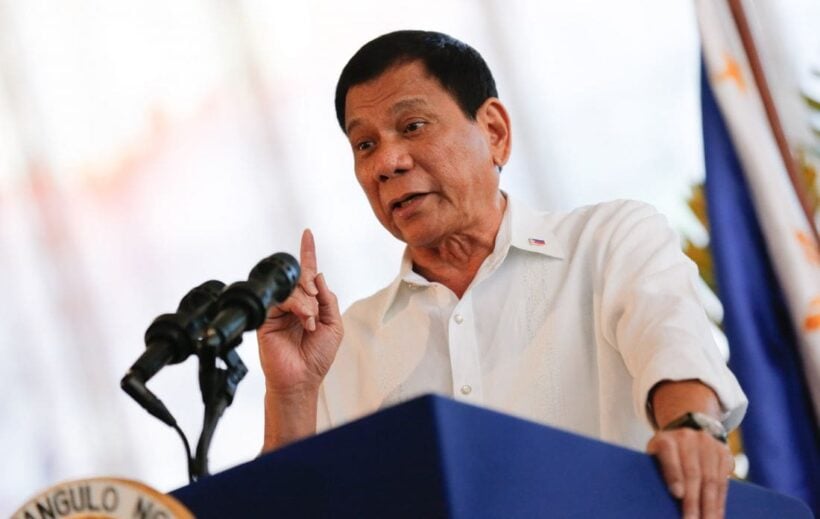 The Philippines President Rodrigo Duterte is calling on his police force not to join any “stupid” coup attempts against his Presidential administration. His warning follows reports of a plot to oust the outspoken President. The plot has been nicknamed “Red October.”

Quoted in inquirer.net, President Duterte said yesterday, “Do not go into such stupid thing as coup d’ etat. You’re wasting your time. Just talk to me, and if I think that you are right, I will agree with you. I will step down. I will go home.”

President Duterte was addressing a group of officers of the Philippine National Police and officials of the Bureau of Jail Management and Penology at Camp Vicente Lim in Calamba, Laguna. The President made the speech during a sendoff ceremony of 250 vehicles.

“Your loyalty should begin and end with the republic. Do not mind me,” he said.

Duterte added he is also not ready to talk with rebel groups as of the moment blaming ‘communists’ for the destabilisation. On September 12 he claimed there was an alleged plot to sabotage and assassinate him. He said he has audio evidence that communist leader Jose Maria “Joma” Sison, the Magdalo group, and other critics are in constant communication to plot his ouster.

The Department of the Interior and Local Government, he said, is confident that the military and the police “will not venture in any adventurism and destabilisation.”

Meanwhile Filipino lawmakers are expressing contrary views on the plot to depose the President. Speaker Gloria Macapagal-Arroyo told people to listen to the President because “he has access to certain sensitive information.”

“So if the President believes there is a threat, he is working from good information. We should believe him.”

But in a statement, the Liberal Party president Senator Francis Pangilinan said “The President’s sources were giving him dubious information that they think he would like to hear.”

The Senator harked back to past Filipino coups saying: “During the Marcos regime, the dictator made the same accusations against the Liberal Party, saying there was collusion with the communists to justify martial law.”

Another Senator said that the President had overwhelming support from his police force and army.

“That should not worry the President at all because he has the overwhelming support of the vast majority of the country’s armed services.”