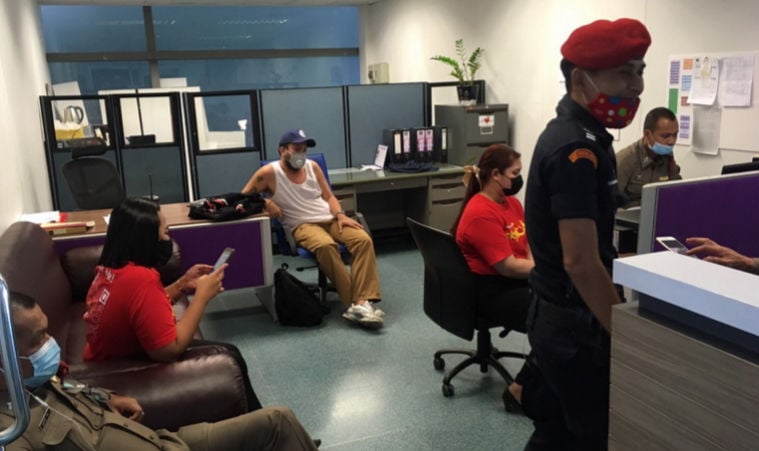 We might think all sorts of things when flight delays inconvenience us. But most of us stew in the departure lounge. Mike decided to vent his anger.

A Thai VietJet passenger was arrested after he allegedly muttered “I think this airline should be bombed” just as he was boarding a flight at the Phuket International Airport. 26 year old Mike Wims was arrested by airport security for allegedly violating Thailand’s Air Navigation Act which prohibits false statements that could potentially cause panic.

Mike was boarding a Thai VietJet flight from the Phuket International Airport to the Suvarnabhumi Airport in Bangkok when he allegedly muttered in Thai “I think this airline should be bombed” just as an airline employee was handing him back his ticket. The employee then asked her colleague to contact the airline’s chief as well as airport security who then detained the passenger.

Mike says he was angry and the statement was “slip of the tongue.” He did not say why he was angry, but some say he may have been frustrated because of a flight delay.

Mike faces charges under Section 22 of the Act on Certain Offenses against Air Navigation.

“Any person notifying messages or sending information known to be false, and such act causes or is likely to cause persons in the airport or persons on board an aircraft in flight to be in panic, shall be liable to imprisonment not exceeding five years or a fine not exceeding B200,000, or both.”